Kryla is a 6-star unit that plays the Debuff role. Her stats are perfect for her role and she has a lot of abilities to utilize.

There is a lot to say about Kryla but it’s better to just focus on the obvious. She is a crazy Debuff, there is nothing else about it.

All of her skills are set up perfectly to Debuff the enemy then immediately hit them with what she just crippled. Decreasing elemental damage while using that same elemental damage, and her ability to decrease stats while raising ally LB gauges.

She is an all-around powerful force for crippling enemies and setting up really good openings for character combos. Kryla is by far one of the better Debuff units on the roster right now.

Her equipment isn’t that bad and her Limit Burst is pretty heavy hitting for its effect. Her biggest downside would be she works best in a team and that’s not really a downfall.

Verdict: She’s a great Debuff unit. Definitely use her if you have her and got a spot open.

Kryla is neutral to all elements and status ailments.

Kryla can equip 6 weapons and 4 armor.

A mysterious witch who only shows herself once a year. Rumor has it that no one knows her true identity, and that every witch who has called herself “Kryla” seems to be a different person each time. She tends to appear during the winter time, attacking innocent bystanders when she does. This has apparently earned her the nickname of “the winter witch.” 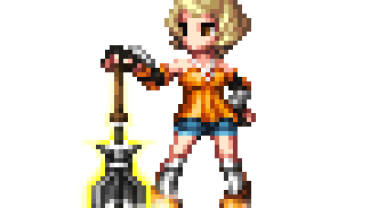