Larsa is a 5-star unit that plays the Healing and Support roles. He’s a unit with decent stats and a pretty decent ability list.

Larsa’s biggest thing is obviously healing and buffing units as per his roles. But he has 3 attacks for damage that are actually pretty decent.

Red Fang, Blue Fang, and White Fang are each elemental attacks that deal a fixed damage of 2400 to its target. So having this fixed damage on a healer/support is a really good bonus to give them some room to stand on their own in a fight.

Aside from his 3 damaging moves, which are the only ones he has by the way. Larsa is outfitted with some pretty good heals and supports.

X-potion for 2000 HP restore, Remedy cures a majority of the status ailment list to one ally, Phoenix Down revives a KO’d ally, Ether restores some MP to allies, and Entrust transfers his LB gauge to another ally.

So above all, Larsa is a very good support unit that’ll be spending most of his time throwing out X-Potion and Ether while occasionally using one of his Fang element moves for a bit of extra damage.

His final skill Hospitality also gives him access to 3 special skills when used. So he can make use of those as well when given the opportunity.

Verdict: A decent 5-star Healer/Support. His fixed damage gives him a bit of an edge over other 5-stars of the same role.

Larsa is neutral to all elements and status ailments.

Larsa can equip 6 weapons and 4 armor.

A young boy who appears in tales of the distant world known as Ivalice. Larsa is the fourth son of Emperor Gramis and has been educated in matters of the empire since infancy as an heir to the throne. Although he is no more than twelve years of age, his vast knowledge of politics and military strategy is considered astounding by many experts of both fields. Regardless of his many promising qualities as future emperor, Larsa tends to believe in others blindly, which can prove dangerous when he is unable to separate idealism from reality. 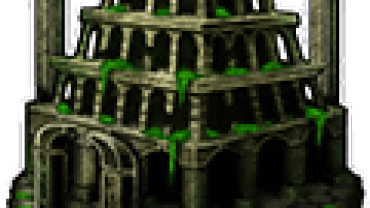