Lotus Mage Fina is a 6-star unit that plays three roles of Healer, Magic Attacker, and Support. She’s pretty hefty having 3 different roles to focus on and her skills compensate for all three of them.

She even has two raise spells and one in her skills that raises all K.O allies together. So that’s pretty good coverage handling healing and party health management.

Her Support mainly focuses on her healing as well just being all around great support with very little to do with changing stats or buffing anything in particular, though she does have the skill Divine Veil which boosts ATK/DEF and increases element resistance and that’s her only real “Support” based skill.

As for her damage, she has a lot to work with when outputting damage. She has Dualcast letting her cast twice in the same turn. In her skills, she has two Light element attacks and one Dark element skill.

In her Magic, she has Osmoses which is good for draining and restoring MP. And the big hitter is Ultima which is an all-around powerful spell.

So with all of that, she still has her Traits which give her a wealth of helpful boosts and abilities. She has boosts in all the right stats really buffing her up, a few counters, extra boosts to her MAG when using certain equipment, and a lot more.

She even has conditional skills that are triggered by three of her Traits. So overall she’s a pretty hefty and powerful magic user.

Verdict: A pretty incredible unit with a wide variety of coverage. If you have her there is no excuse not to be using her.

Lotus Mage Fina is neutral to all elements and status ailments.

A white mage traveling with Lasswell. Fina lost a great part of her memories after having been sealed within a crystal for hundreds of years. However, she managed to eventually come into her own upon meeting Rain, Lasswell, and a multitude of other people. She loves petting Chocobo, so when there are none around for her to coddle, she satisfies herself with petting Lid’s Mechabo instead. 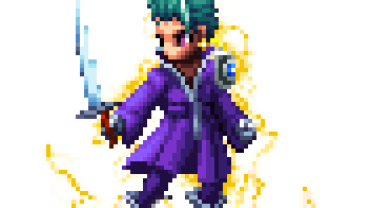