Lulu is a 6-star unit that plays the Magic Attacker role. She has a pretty good HP pool for a magic focus character and her damage capabilities are very good.

Much like in her main game, Lulu is a heavy Black Magic character. All the big elemental hitters are at her disposal as well as Bio, Flare, Death, and a newer spell called Flood.

Being a Black Mage, she has the skill Dual Black Magic letting her cast two spells in one move. Essentially doubling her damage output every turn.

That alone makes her a very good unit especially with the high-level magic she has. Being able to chain the tier 4 elemental spells twice in one turn is just a sweet deal for any black mage style unit.

Her Limit Burst is Ultima Fury and it’s a pretty heavy hitting magic attack. It also ignores 50% of SPR on enemies letting it hit even harder so for the magic damage she is covered in all bases.

Overall, the only bad thing about Lulu would be her equipment but with the role that she plays equipment isn’t important. Her trust master is really good too giving her some good stat boosts and Auto-Faith.

Verdict: A great magic damage character that can really focus on dealing damage with double spells every turn.

Lulu is neutral to all elements and status ailments.

Lulu can equip 4 weapons and 4 armor.

A black mage who appears in the tales of another world where its people are trapped in a spiral of death. Lulu grew up alongside Wakka and even had a romantic relationship with his younger brother Chappu. Although she is quick to criticize Wakka for his inability to overcome the death of his younger brother, the truth is that she has yet to overcome it herself. However cold and strict her attitude may make her seem, she is actually a very kind soul who cares for Yuna as a sister. 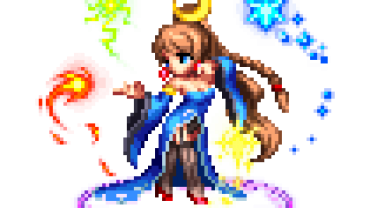