Lunera is a 6 star unit who falls into the Magic Damage and Support role. Her stats are great for the roles she’s given and her abilities are well laid out.

First thing to note is her abilities that inflict status’s. They are highly effective with a 50% chance on each and a helpful manner of support.

With her magic she has two Aero spells, Holy, and Esunaga for dealing with status’s. So on the magic side she is well equipped for what she needs to focus on.

Her abilities themselves outfit her with Elven song which is riddled with buffs and boosts for your party. Gleaming Arrow for light damage, Gale Arrow for wind damage, and her final skill Aureole Ray deals both Wind and Light damage.

Her Limit Burst isn’t to bad dealing heavy magic damage to all enemies. And her equipment is pretty decent for a Magic/Support user.

Verdict: A good choice for either role she plays and great Wind/Light coverage

Lunera is neutral to all elements and status ailments.

Lunera can equip 7 weapons and 4 armor.

A girl of the elven tribe which once lived in an underground castle in Gronoa. Like dwarves, elves are highly intelligent, and hold powers that no other race has. Though because of their love for nature they despise humans who dare to harm it, her feelings were changed by the war that happened long, long ago. 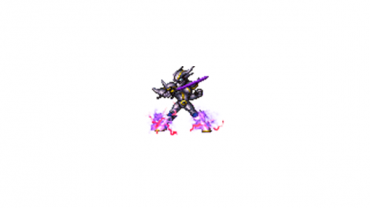