Mario Frigo is a 6-star unit that plays the physical attacker unit. He’s a pretty decent attacker and for a guest character, he’s very fitting to his Just Cause 3 roots.

He’s got a lot of great physical attacks each with their own secondary effects. From inflicting status effects on decreasing stats, he has a lot of utility within his attacks.

His final skill Rebel Drop – Dionysus PLDS-H is one of his better attacks due to the damage but its effect. Inflicting 2 random status ailments on the target.

He also has a few conditional skills that can be activated within his Traits. A few of them being used whenever Rico Rodriguez is alive and in the party.

In his Traits, he has a lot of boosts giving him an extra edge in a fight. He also has Doublehand giving him an attack and accuracy boost when single wielding a weapon.

Much like some of the other Just Cause 3 characters, Mario has some exclusive equipment and materia. His trust master is pretty decent and limit break follows suit.

Verdict: Overall, a very good physical attacker. Works best when in a party with Rico Rodrigeuz.

Mario Frigo is neutral to all elements and status ailments.

A faction leader from another world. As a child, Mario was very short, but he compensated for it with a talent for making friends. One day, he finds himself tuning into an F1 race on TV along with the head mechanic of a local garage. Mario is impressed with the drivers’ skills, and realizes that many of these drivers are his own age, which piques his interest. 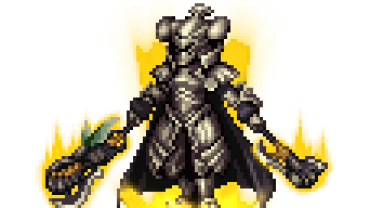