Welcome everyone, to the Marvel Battle Lines Tips and Tricks Guide. This guide is designed to help you understand the basics of the game and further yourself in the overall mechanics. 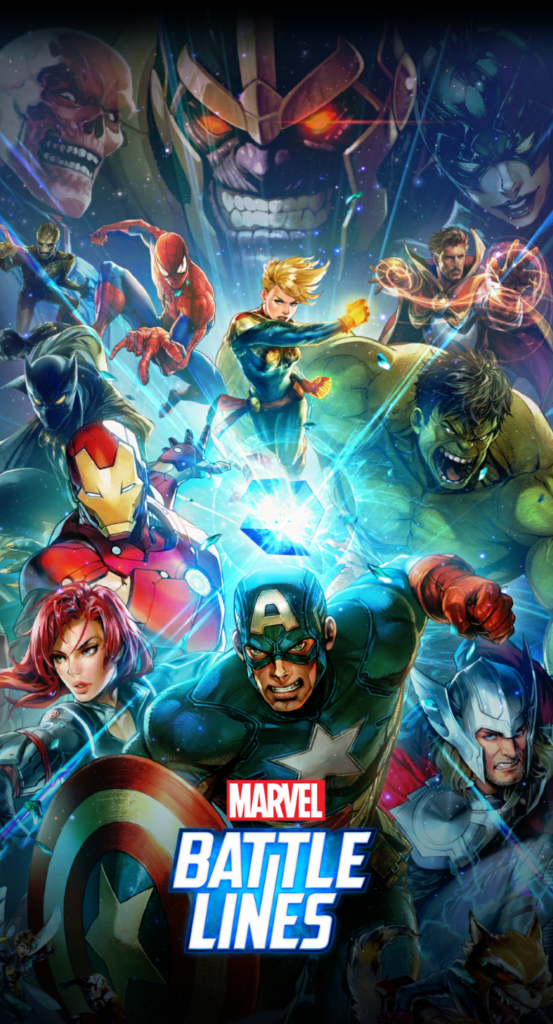 Marvel Battle Lines is a card game based off of the Marvel Comics universe. Build a deck of your favorite Marvel characters and use them to compete against other players.

The mechanics of the game are fairly simple. Being a card game, you and your opponent each have your own decks full of cards. 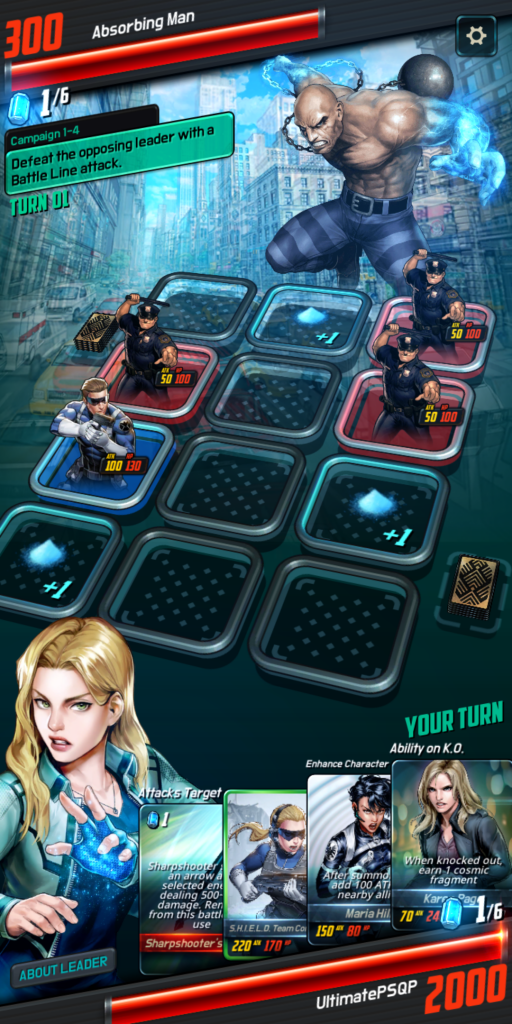 You can have up to four cards in your hand at a time. The field is a grid with squares on it that act as the zones for you to play cards.

At the start of a match sometimes there will be zones that are already occupied by cards. Whether they be ally cards or enemy cards.

On the zones will sometimes be blue shards. These are called Resources and are required to play certain cards from your deck.

When a character is on the field you can move them to attack your enemies cards. If you deplete and enemies health they’ll be destroyed and you’ll move to their space. 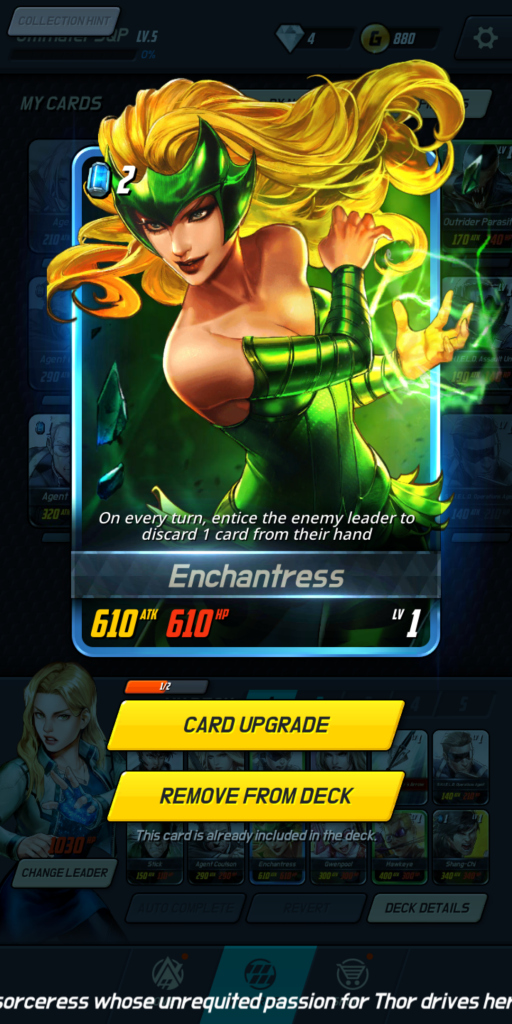 Each turn you can play one character card on the field. Character cards are ones such as Captain America or Iron-man.

The goal is to deplete your opponent’s Leaders health before they deplete yours. You can do this by playing Character cards on the field.

When you play three Character cards in a row they’ll attack. Their combined attack value will be taken out of the Leader’s health.

Some Character cards require Resources in order to play them. There are those that are completely free and these are the ones you use to get Resources.

By playing a free cost card on a Resource you can collect it and add it to your overall amount. Then depending on how many Resources you have you can play a Character card that costs a certain amount.

Some cost one Resource while others can cost two or higher. The Character cards with Resource costs are typically the more powerful Heroes and Villains.

There are some Character cards that have effects attached to them. These effects have specific requirements on how they’re activated. 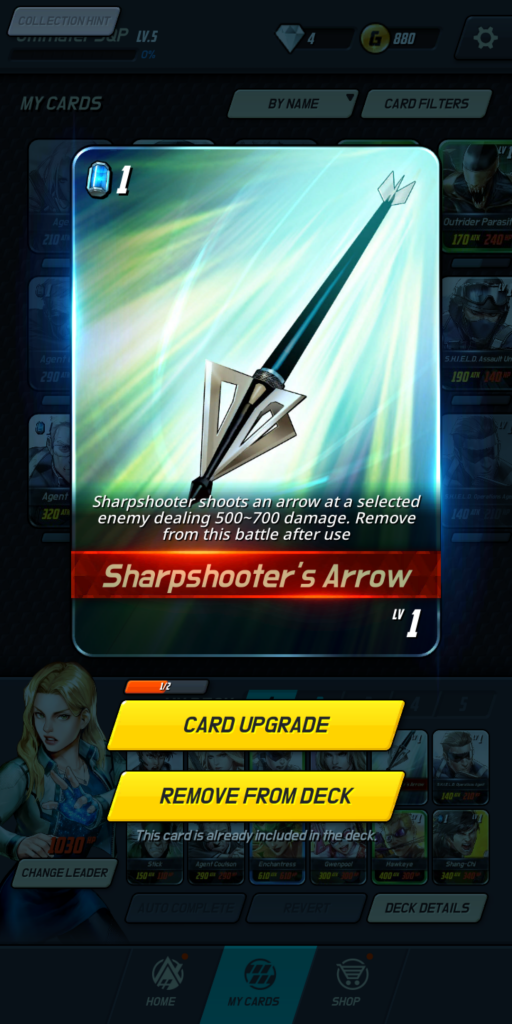 Card effects are helpful because they can turn the tide of a match if used right. Hawkeye’s card effect allows him to “lose an arrow” on another card, effectively destroying an enemy card on the field.

On the topic of effects comes the Action Cards. These are cards that can be played with no limit in the same turn, unlike Character Cards.

Action Cards specifically have effects that can be used to assist you. They’re built to give you advantages in a match and act as instant card effects. 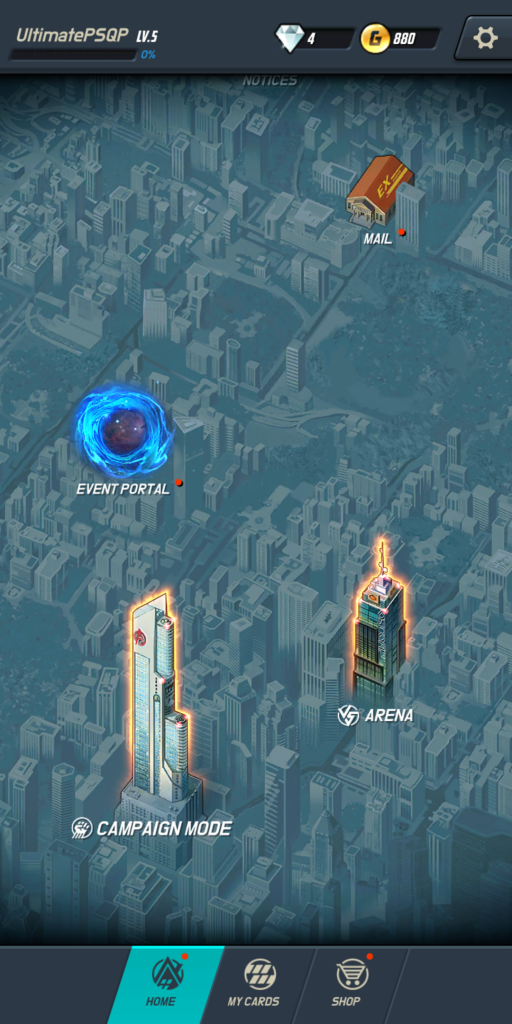 There are quite a few places you can go to on the games Home map. The campaign being the first one you’ll encounter, it’s essentially the games story mode and where you’ll learn most of the mechanics.

The Arena is the games PvP area where you can search for players online to play against. The Event Portal holds different events that have their own themes, requirements, and rewards.

There are also Daily Missions which are daily requirements you can meet in order to get special rewards. These are good to do as they’ll start to stack up in the long run.

Throughout the map are the rest of the basic’s you’d expect in the game. Mail, Noticeboard, Friend’s list, Card Collection, and Login bonuses. 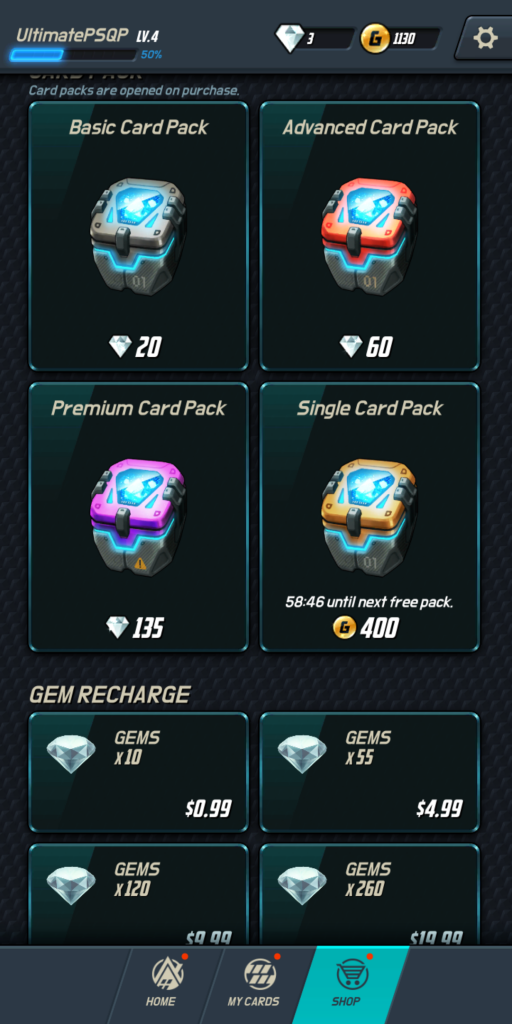 To get cards in Marvel Battles Lines you have to buy packs from the games shop. You can buy them with the in-game Gems currency.

You can buy gems with real money or get small amounts in the game by doing different things. Most of the card packs have to be bought with gems.

But there are single card packs you can get with gold. You get one single card for free and it resets after a certain amount of time.

But you can also spend gold on a single card pack as well. It’s a slower way to obtain cards but an effective one.

A big tip I can give for this game is focusing on field management. You can play cards on any square in the field no matter what side of the grid it’s on.

Your goal is to get a row of characters set up so you can attack your opponent’s Leader. This can be difficult if you’re playing cards in any single empty space or trying to stock up on Resources and ending up with your cards spread out on the field.

Resources are important but don’t let them spread you to far. You want to try and set up attacks that your opponent will fall into.

If you play the first card there’s a high chance that your opponent will play their card close to yours. Easy to take up empty spaces around you or to set up an attack on your card.

You want to play your cards in the same area so you can avoid them taking empty spaces you need. This is also a good way to set up a defense in case they destroy a card.

If you have more than one card in an area you can use your other cards to make up for the loss. Collect Resources as you see openings but do not focus your entire game on them. 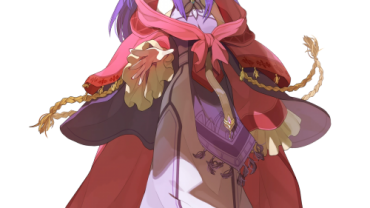