Meliadoul is a 6 star unit that falls into the dual role of Debuff and Support. She is one seriously good unit with an amazing ability set up that we’re gonna get right into.

Meliadoul is equipped with very hard hitting double effect attacks giving her so many points of coverage to feed her Debuff role. These attacks give her decreases to all four major stats (ATK,DEF,MAG,SPR), and she also has Cleansing Strike which can inflict Confuse.

She also has her support moves which buff all the major stats, and also Chantage which is an auto revive and extremely helpful.

Into her Traits, she is set up with several for MAG, DEF, and HP. She has a counter which is helpful from her stat lay out, and a turn based MP recover.

And her little touch of magic is helpful as well giving her both Shellga and Protectga for better stats and Banishga as an extra added bonus. As for her Limit Break it is very simply but devastating, dealing heavy physical damage and ignoring enemy DEF 100%.

Verdict: A good Debuff/Support character and very likely to hold her own

Meliadoul is neutral to all elements and status ailments.

Meliadoul can equip 6 weapons and 9 armor.

A woman who appears in the tales of holy stones known as auracite in the distant world of Ivalice. Meliadoul is a Knight Templar in service of the Church of Glabados, and as thus was entrusted with the Sagittarius auracite. However, neither her nor her younger brother Isilud knew about the power hidden within the auracite, believing it to be a peculiar stone at best. Following the death of her brother in Riovanes Castle, she swears revenge upon Ramza, whom she believes to be his killer. 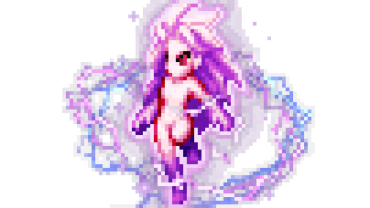