Mim is a 5-star unit that plays the Healer and Debuff role. She has pretty decent stats, a little low on HP but it’s expected with her role.

Mim is actually a pretty good debuff unit having 4 stat decrease moves. Each move decreasing one of the four major stats by 50%.

The other skills she has is a revive move, a heal, a status recover for poison, blind, sleep, and confuse. And a move to inflict charm on one target.

Moving onto her magic, Mim is really good at handling status ailments. Having 4 spells that cure different ones along with her Fairy Powder skill.

With Bravery and Faith, she can raise ATK/MAG for an ally and Refresh is a good MP recovery for her. What’s great about Mim is the three Auto moves she has in her Traits.

Auto-Protect/Shell which buffs her DEF/SPR by 20% and Auto-Regen which is a per turn heal. Camouflage is also great because it makes Mim less likely to be targeted.

The biggest downside to Mim is her limited equipment. But being a healer and debuff her equipment shouldn’t be her main focus.

Verdict: A pretty good Debuff unit and Healer. But can be overshadowed by some higher ranked units.

Mim is neutral to all elements and status ailments.

Mim can equip 1 weapon and 4 armor.

A magical creature called a “sprite” that was known to dwell in the forests long ago. Although sprites like Mim are only ever seen in fairy-tales nowadays, even scholars who specialize in the subject have yet to agree on whether they ever existed in the first place. However, the personality of this particular sprite who reappeared as a vision of her former self closely resembles that of the lovable scatterbrains so often heard from in fables. 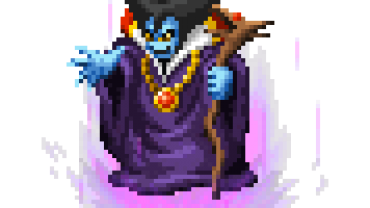