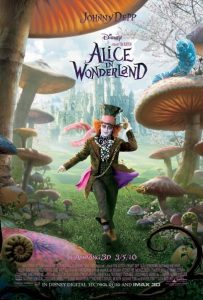 Do you want to watch some movies that are like Alice in Wonderland? Well, my friend you’re in the right place, just letting you know they’re not in any particular order. 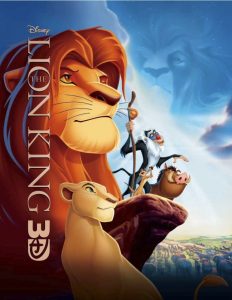 In my humble opinion, this is one of my top five favorite Disney movies of all time. It takes inspiration from William Shakespeare’s Hamlet, where a brother kills his other brother, the king, and gains control of the kingdom. Then the son of the brother that was murdered must get revenge for what his uncle did. It also has some of the most addicting and classic musical numbers like “Circle of Life,” “I Just Can’t Wait to be King,” “Be Prepared,” “Hakuna Matata,” and “Can You Feel the Love Tonight” to sing along to at home. Adding all this together gives you a recipe for greatness. Also, not that it needs to be said, but the animation still looks gorgeous after 20 plus years. So if you happen to be one of the weird mutants that have never seen The Lion King, then you are doing a huge dis earnest to yourself. I plead to you go watch it right now, you won’t be disappointed. 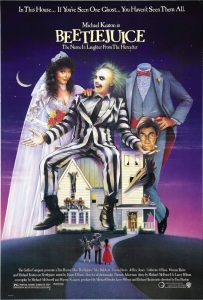 This is Tim Burton’s second full-length movie and it’s where he goes 100% full Burton on us. It is one of his weird, dark, funny comedies. This is during the time when Tim Burton was making good movies compared to now where he just makes 1 decent film every 5 to 10 years. While admittedly the strange factor has lost its luster, it’s still a very funny movie with some really good performances. The best is Michael Keaton as Beetlejuice, you can’t tell at all that’s him under that makeup, and you can tell that he’s having tons of fun with playing the character. It’s Tim Burton at his very best, just don’t say the title name three times… or else. 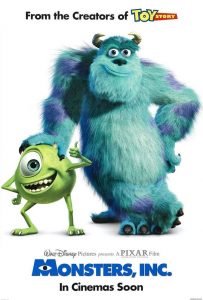 So how does the Legendary studio Pixar follow up with one of its best sequels to Toy Story? Make Monsters, Inc of course. While it does seem underwhelming, when you compare the two movies, Monsters, Inc is a very enjoyable film. The CGI surprisingly still holds up to this day. I will admit that this may not be Pixar’s best film, however, you can tell that they still brought their A-game to this movie. It has a lot of heart and it’s pretty funny with superb voice acting from the best actors. If you are curious to watch Monsters, Inc then goes right ahead. 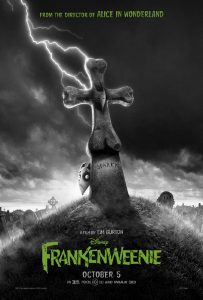 Hey, remember when I said that Tim Burton makes 1 decent movie every 5 to 10 years. Well, this happens to be one of those movies. Based on his short live action movie, Frankenweenie is the typical stop-motion Tim Burton film that we all know and love. It’s an homage to the classic monster movies of the 1930s and a little bit on the Kaiju monster films as well. Surprisingly, this is one of his stop animation movies that isn’t a musical, that’s the oddest thing about this, which is saying a lot since it is directed by Tim Burton. I say go check it out, it’s fun and probably one of Tim Burton best-underrated movies. 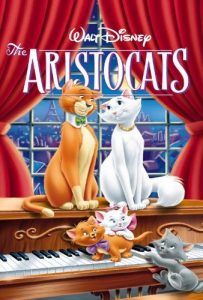 The AristoCats is a hidden gem from Walt Disney studios. It has one memorable song, which is “Ev’rybody Wants to Be a Cat” and it’s very catchy. Admittedly, there’s not too much say about it other than, it’s fun and has the same voice actor who voiced Baloo in the Jungle Book. It’s that one Disney movie that you put it on every once in awhile, you get your kicks, and never mention it again. However, you should still check it out. You’ll have one heck of a party when you get to “Ev’rybody Wants to Be a Cat.”


Willy Wonka and the Chocolate Factory (1971) 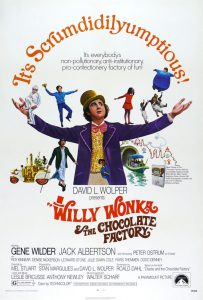 This is one of the best musicals I have ever watched and it is one of my favorites as well. There is a grand list of memorable songs but the best one out of all them in the movie is “Pure Imagination.” It also has a fantastic cast choice, especially Gene Wilder as Willy Wonka himself. His performance has the perfect balance of being both a wise sage, smart mouth, and a kind soul. If you only watched Charlie and the Chocolate Factory, then you are a terrible person, even though the movie is at best okay. You must Willy Wonka and the Chocolate Factory, it’s still an amazing movie to this day. 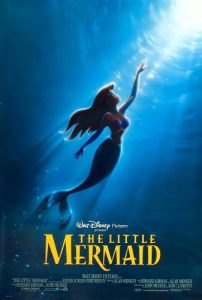 Whenever you think of classic Disney, you can’t go wrong with one of the best Disney films of all time. Yes, it’s a bit girly but it takes a real man to watch the Little Mermaid. It has great songs, unforgettable characters, and great animation. Honestly, what else can you ask for? If you are a dude that has never seen it before, tell your girlfriend about it so you both can watch it. Easy date night with a classic Disney movie. 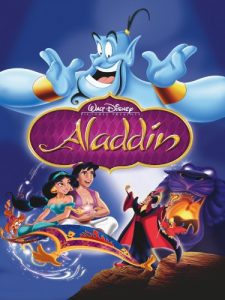 I don’t know what to say about Aladdin. There’s like a million great things to say about it. It has awesome voice acting, especially by Robin William, who is just terrific in the film. By the way, Genie is hands down the best character in the movie. It also has stunning animation and great action scenes. There are great songs to sing along too, although admittedly there are few songs in the movie, and most of them are by Robin William, which further showing you how talented the man was. Just on principal alone, you have to watch it, in fact, that’s what I’m doing right now as I’m writing this piece.