Mystea is a 6-star unit that plays the Tank and Support roles. Her stats are good for both and her skills back up both roles nicely.

Being a Tank and Support immediately gives Mystea a difference most Supports don’t have. She can survive a few hits without the desperate need for healing or retreat or have to rely on another unit to take aggro for her.

She can just sit there and soak up damage while throwing out her support skills. Especially with her Trait Camouflage which lessens her chance of being targetted just making her an easy setup for Supports.

It’s in no way needed to have another unit protect her like other Supports but stacking her with another Tank makes for a good wall strategy. Letting Mystea throw out supports while the second tank takes aggro and you basically have two walls that have to be knocked down which is highly unlikely.

Most of Mystea’s moves are basic support role skills. She has her heals, her stat buffs, resistance buffs and more. She’s also equipped with Shell and Protect for magic just adding to her capabilities.

Verdict: A great Tank/Support unit. A definite viable character if you need either a Tank or Support or both.

Mystea is neutral to all elements and status ailments.

Mystea can equip 4 weapons and 4 armors.

A mage from the Dragon’s Village of Paladia. Mystea comes from a long line of barrier mages, a type of magic outside the realm of black and white magic that only a few people are able to wield. Currently, she hides her identity under a visor, and rumor has it that only a handful of the villagers have ever seen her true identity. 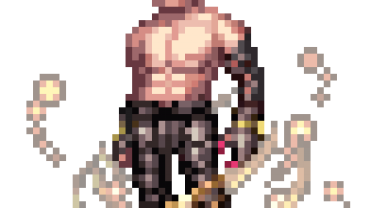