The first thing you’ll notice about Onion Knight is his amount of equipment available to him. He has a lot and that’s a really good thing for this character.

His abilities are nicely set up giving him 6 active abilities, 4 elemental/physical attacks, and 2 strictly physical damage attacks. Four of his attacks gives him coverage over Fire, Wind, Water, and Earth, which is helpful on any unit to have any kind of elemental coverage.

As for his Traits, they are set up very nicely. Giving him boosts in the places he needs them, having an Auto-Limit and Auto-Refresh, resistance to all the elements he has coverage over, and some more.

His ability to deal physical damage along with the added elemental damage is actually really good. Many units do this but with Onion Knights equipment load he can end up having some good damage output depending on how he is set up.

Verdict: A great unit with good equipment and abilities. Should definitely be given a shot by anyone.

Onion Knight is neutral to all elements and status ailments.

A young boy hailing from another world where tales are passed down of the Crystals and the Warriors of Light. The Onion Knight is an orphan who was raised along with three others by an elder in the village of Ur. When he goes to explore the Altar Cave one fateful day, the Wind Crystal enshrined within chooses him as one of four Warriors of Light destined to save the world. This task would send him on a journey where he could share hope with friends who would come and go, ridding the world of the darkness consuming it one step at a time. 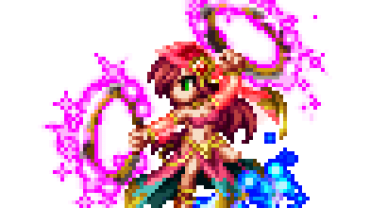