Being a physical attacker, Orochi is pretty much set in his physical damage. What’s good about him is the elements he has attached to most of his attacks. He has good Fire and one move for Ice damage.

But two of his moves are pure physical with the chance to inflict Stop which is a great status to have on your side. He can also inflict Blind with Sandstorm.

And then he has Super Muster Strength and this move is sheer awesome. Boosts the caster’s attack by 200% for their next normal attack.

This pretty much guarantees some serious heavy damage on Orochi’s next attack. So this makes his normal attack far more viable than most any other characters normal attack.

Other than that, Orochi is a pretty basic physical unit. He has few skills but they serve their purpose and Super Muster Strength is what really sets him apart.

Verdict: A good attacker. Super Must Strength giving him one of the best normal attacks out of many units.

Orochi is neutral to all elements and status ailments.

Orochi can equip 4 weapons and 4 armor.

A multi-headed dragon feared from ancient times that appeared from a faraway world. Each of its heads can breathe giant gouts of flame that leave nothing in their wake. 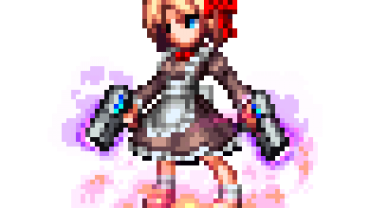