Orran is a 6 star unit and he plays the Magic Damage and Support dual role. Orran is well rounded in his stats and his abilities are laid out nicely even with his lack of Traits.

Orran only has 3 Traits and they are buffs for MP, MAG, DEF, and SPR. Even with a few Traits, they are helpful with the boosts because of the role he’s supposed to be playing.

Into his abilities he is 100% a team support and it shows just in the first few ones. Entrust boosts allies LB gauge, Song of Life heals 1000 HP to all allies, Magickal Refrain increases MAG to allies for 5 turns.

And it continues from there with every ability being a Support buff to the allies of the team. This slightly limits Orran on an attack stand point but makes him an incredibly useful Support.

Orran also has some magic which fits the roles as well. Shellga and Protectga for more increased buffs, Reflect for magic defense, Graviga for some good damage coverage, and Meteor for all the Magic Damage he’ll be dealing.

Orran’s biggest downfall is the lack of damaging attacks in his abilities but with Meteor Manipulator of Faith letting him cast it twice is a good balance for it.

Verdict: A well rounded Support and MD. Could be better but definitely viable in terms of use.

Orran is neutral to all elements and status ailments.

Orran can equip 4 weapons and 5 armor

A young man who appears in the tales of holy stones known as auracite in the distant world of Ivalice. An astrologer affiliated with the Knights of the Southern Sky, Orran excels at gathering information and analyzing it, as well as at devising highly efficient tactical plans. The adoptive son of Thunder God Orlandeau, he was ordered by his father to conduct an investigation of the Church’s corruption. As he makes his way through the Mining Town of Gollund, he is saved by Ramza after being cornered by several thieves. 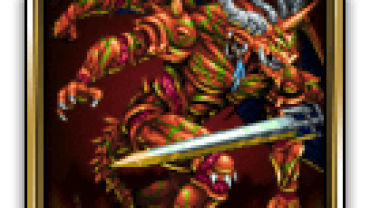