Otogiri is a 5-star unit that plays 3 different roles. She is a Healing, Debuff, and Support unit. Her ability to cover all 3 bases in those roles isn’t horrible but she is also spread pretty thin.

Her abilities are pretty self-explanatory at first glance. They are all designed for utility and nothing else.

She heals, she throws out status ailments and debuffs, she cures ailments and can even cause an instant KO with one of her moves. Everything she has is completely designed around helping and hindering allies and enemies.

She has no real damage capabilities outside of being able to inflict poison. Her instant KO is a 50% chance, however, so that’s a pretty massive 50/50 on whether or not an enemy is gonna be taken out immediately.

Her armor is nothing special basically just the bare minimum of what a unit can have. Her Limit Burst is actually pretty decent dealing physical damage and inflicting 3 random status ailments.

There’s one more thing that makes this unit better than other 5-stars in these roles and that’s her trust master giving her Pharmacology. It makes all healing items 100% more effective and that in itself is the best use you can get out of a healer.

So overall she is great for utility, there’s no denying that. But her lack of offense and equipment can be a deal breaker for some.

Verdict: Worth leveling for her trust master for Pharmacology. Not a bad 5-star but her lack of offense can be a turn-off.

Otogiri is neutral to all elements and status ailments.

Otogiri can equip 3 weapons and 4 armor.

A salve-maker who traveled all over the Kingdom of Pharm selling her medicine. Otogiri sold mixtures used to heal wounds and illnesses, as well as concoctions that could be used to poison or weaken enemies on the battlefield, and even mysterious tonics with unknown side effects. Her movements were sporadic, causing many to question her unpredictable appearances. Every place she visited also saw itself tangled in some sort of problem after her arrival, though she was never around by the time these were resolved. 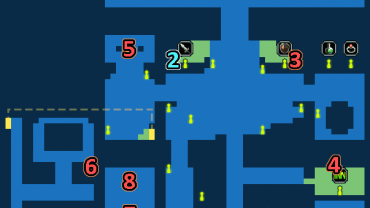