Penelo is a 5 star unit that falls into the Support role. She is some what lacking in the stats department but is built just how a Support should be.

With her Dancer job she is set up with four dance style attacks each with their own purpose. Curing Waltz heals damage, Jitterbug Duet deals damage and drains HP, Sword Dance deals 4x physical damage, and Final Dance heals damage, status ailments, and confuses all enemies.

With her passive Fighting Dancer her Attack and Magic go up by 30% if she’s equipped with a Dagger so be sure to make use of her Trust Master. Aside from her dance style attacks she’s outfitted with some decent magic coverage.

Shell and Faith for a good SPR and MAG Increase. And a good coverage of Ice, Water, and 1 Wind spell giving her a good standing on attack if needed.

Verdict: A decent support unit with some magic damage potential

Penelo is neutral to all elements and status ailments.

Penelo can equip 4 weapons and 5 armors

A young lady from the world of Ivalice, beyond the Farplane. After losing her family to the war, she was fostered together with her childhood friend Vaan. Earning her keep at a sundry shop at Rabanastre, she is a leader-like figure among her fellow orphans, who respect her for her wisdom and gentle disposition. She worries for the impulsive Vaan, who seethes with hatred for the Empire after the death of his brother. 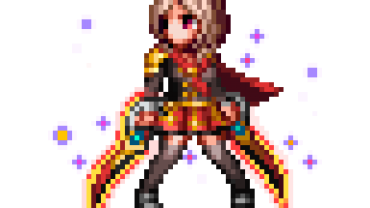