Pure Summoner Rydia is a 6-star unit that plays the Summoner and Magic Attacker roles. She’s a pretty good magic unit with a lot to work with and her Evoker abilities are nice.

Eidolon Chocobo Kick, Cockatrice peck, and Mindflayer’s Chant are all Evoker skills and each of them deals with different types of damage and effects. With her trust master, she gets a boost to Evoker damage.

Same goes for her EVO MAG traits boosting the damage by 10%, 20%, and 30%. Effectively making her Evoker skills heavy hitters with minimal effort.

Her best Evoker move is her conditional skill Bomb Explosion which is triggered by her final skill Tradition. It’s a seriously damaging move and that’s before including all the Evoker boosts.

She also has Dual Black Magic which is great because she has quite a few Magic spells to work with. Drain and Osmose are great moves for HP/MP recover and damage so using them often is not a bad idea.

She has some great damage capabilities in her magic having a lot of hitters like Blizzaga, Thundaga, Bioga, Tornado, Quake, Meteor. But even having things like Death and Raise on top of Curaga and Esuna.

So with the bases of damage, she is seriously covered in all areas. PSR is 100% a magic attacker and is going to be a really good one to have.

Verdict: A great magic attacker. Definitely put some use into this character she’s a keeper.

Pure Summoner Rydia is neutral to all elements and status ailments.

A young girl who appears in the tales of a blue planet watched over by two moons. Rydia is a summoner from the village of Mist. She lost her mother and loved ones when the King of Baron, driven by his fear of the Eidolons’ power, ordered the village be destroyed. Although she initially hated Cecil, blaming him for the destruction of her home, his kindness gradually compels her to open up to him. Whilst holding on to the painful memories of her loss, she continues growing as a summoner with the help of Cecil and Rosa. 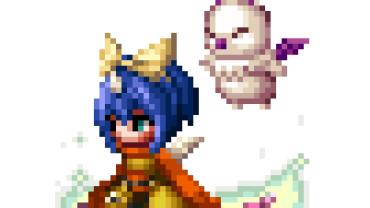