Pyro Glacial Lasswell is a 6★ unit that plays the Physical Damage Role. His stats are good overall and he has a lot of skills that give him a reason for usability.

He’s a physical damage unit so he needs a lot of physical attacks. He has more than a lot stacked into his Active and Conditional skills.

PG Lasswell has a decent equipment layout but the only thing he needs to use is a Katana because of his trait Heir to the Blade which boosts all stats by different amounts when using one.

With a katana in hand, nearly all of his skills are going to be heavy hitting moves. Each one of them is a physical move either dealing straight damage, adding a second effect to it, or adding/dealing elemental damage on top of it.

Laswell is nothing to scoff at and really is an amazing attack unit. His capabilities of dealing damage are good and the kinds of damage he can do just put him over the top.

Having the addition of conditional skills are the icing on the cake to his already long list of active skills and traits. All around he is a great unit that should be taken advantage of.

Verdict: A very good damage unit that is worth putting time into. There’s no reason not to use him if you got him.

Pyro Glacial Lasswell is neutral to all elements and status ailments.

A knight of the Kingdom of Grandshelt. Lasswell came to learn a great many things during his journey to save the Crystals that shaped both his body and mind. Although his relationship with Rain has been defined in great part by a rivalry that causes him to feel inferior at times, the friendship they share remains unchanged. Ever the hard worker, his newly polished skills with the katana are proof of his progress and effort. 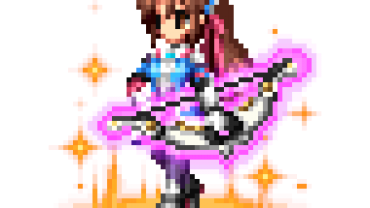