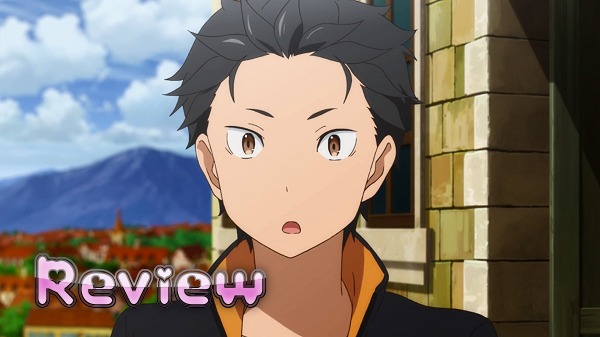 At first glance, Re:Zero gives off the impression of being the white bread of anime. Animation that is neither exceptionally good nor luridly bad. The rehashed “getting transported to a fantasy world” trope that’s been done to death the past few seasons, with anime like No Game No Life and GATE, and more recently, Kono Suba, being heralded as the its flagships.

Yes, at face value, Re:Zero might seem to be doomed by virtue of its blandess. A protagonist that is so generic, he literally wears a tracksuit throughout the first two episodes. A plot blurb that your eyes just slide off of, it reads so generically.

I sat there watching the first two episodes heavy with a sense of imminent disappointment, a sense of disappointment that never came. It’s said that all stories that can be told have been told, and that all fiction can be reduced to seven basic plots.

Be that as it may, Re:Zero is one of those rare gems in the mud that manages to take an rehashed idea and execute it with the sort of panache that leaves you wanting more. By the end of the first episode, I was left fervently speculating about directions the screenwriters could take this. By the end of the second, I was practically frothing at the bit for the third, and here’s a breakdown as to why:

The Protagonist: Subaru Natsuki – a Hikokomori off the Beaten Track in More Ways Than One

Enter Subaru Natsuki, your typical track suit wearing, console gaming, ramen eating hikokomori- basically a devoid-of-character vehicle that the author uses to allow the watcher to empathize with the story. In the first 5 minutes of the hour-long opening special, Subaru is transported to a fantasy world on his way back from a quick convenience store run for corn snacks and cup ramen.

In his initial interactions with this new setting, though, Subaru shows he’s completely atypical as hikokomori go. For one thing, he’s sociable and physically fit. He’s empathic and possessed of a strong sense of morals. He’s sometimes courageous and other times cowardly and completely believable in his enacting of either emotion. Subaru is relatable not because he’s completely devoid of character, but because he’s brimming with it.

The first two episodes open so many doors into routes for Subaru’s character development, it’s dizzying. If I had to relate Subaru to an established anime persona, I’d say he’s most like Steins;Gate’s Okabe Rintarou, in terms of his intelligence, gung-ho attitude, and fervent loyalty to the female lead (as well as a few other reasons I can’t go into without ruining the fun!) 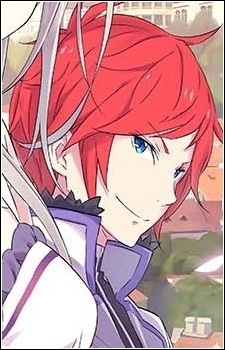 Besides our hero, Re:Zero introduces two female side characters that are also unconventional in their own ways- the first, a petite thief with cat-like reflexes and an abundance of snark also exhibits more depth of personality that you’d initially anticipate, giving meaningful, insightful, and unabashedly candid answers as to what makes her the way she is. The second is a magic wielding-half elf tsundere with a cat-fairy familiar.

Sure that might sound like the epitome of rehashed fantasy world drivel, but rather than seeming comically standoffish like your typical tsundere, our female lead here makes it painfully evident that her insecurities are the result of a life of mistreatment and shunning. She exudes an air of “I honestly don’t know how to act around people” constantly justifying her actions out loud both to herself and others.

The Story: Mashing Together Fun and Festive with Dark and Foreboding 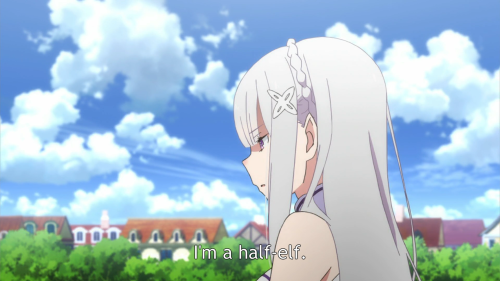 The “transported to a fantasy or virtual world” trope can be divvied up into two primary factions: The first advocates fun, festive, fourth-wall breaking self-awareness poking fun at the genre and its done-to-death tropes of cute girls, gaining magical powers, and hyper-escapism. The second takes a more serious tone, taking time to establish the mechanics of the new world, its characters and various factions. Re:Zero is both and neither.

On the one hand, it takes the low road, reveling in the self-aware trope usage. On the other, it takes the high road, telling a meaningful story within the context of these tropes, bending and breaking them when it suites its needs. Re: Zero’s plot is akin to a remarkably delicious leftovers dish, masterfully mixing a combination of rehashed elements in telling a unique and enticing story.

The music of the fantasy world genre is notorious for being generic, medieval inspired synth that hardly leaves any lasting impressions, which refreshingly isn’t the case for Re:Zero. I counted 7 unique set pieces during the first two episodes alone, ranging from foreboding and ominous, to upbeat and cheerful, to rowdy and riling. The OP and EP animation sequences are done-to death cuts from your typical fantasy anime, but the songs accompanying them are instantly ringtone-worthy.

The Overall Impression: A Strong Start that Leaves You Wanting More

For very subtle reasons, Re:Zero has managed to leave me with a strong, lasting impression that left me wanting more. The plot is the same, but also different in a few unignorably attention-demanding ways. The characters, plot development, and music are all sufficiently unique as to leave you coming back for more. All in all, Re:Zero is an anime I will definitely be seeing through this season, even if it ends up heading southward later on.