Rico Rodrigues is a 6-star unit that plays the Physical Attacker unit. He’s the main character from Just Cause 3, another Square Enix title, and his imagining in Brave Exvius is pretty accurate.

Rico has a lot of damage capabilities with each of his skills typically having some form of secondary effect. As an all-out attacker, Rico is pretty good on his own.

He even has an ability to negate physical damage for 2 turns giving him some good utility too. Take Cover adds to his utility removing him from the fight for 2 turns and recovering HP/Mp by 100%.

His final skill is Chaos Object Homing and it’s a great damage dealer due to its 50% ignore to defense. As a damaged unit, Rico has a lot to offer in his abilities but even more so in his traits.

He has a lot of boosts in his traits that increase his damage output. On top of basic stat boosts he has some Killer boosts and Steady Hand which boosts his ATK depending on the weapon he has equipped.

And with the trait Dual Wield, he can use both gun and fist in order to get both ATK boosts from Steady Hand. So used correctly and Rico is a real force to be reckoned with.

His trust master is pretty decent and he has some good exclusive equipment and materia. Overall, Rico is a great physical attacker and worth using.

Verdict: A good physical attacker. Any Just Cause 3 fans will get a real kick out of using him.

Rico Rodriguez is neutral to all elements and status ailments.

A rebel from another world who sets out to save his country from a ruthless dictator. Unstoppable, fearless, and determined, taking action is all that matters to him. Where others reach their limits, Rico just begins. 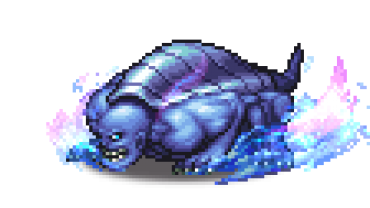