Roddick is a 5-star unit that plays the Physical Attacker role. He’s a pretty good 5-star attacker with decent stats and a pretty good Trust Master.

His skills aren’t anything too crazy and just the right amount to make him useful. He has 5 physical damage moves and two give him coverage over Wind and Lightning element.

He also has Cheer which increases ATK and DEF by 40%. He’s a pretty basic physical attacker but he definitely has a lot of potentials.

His Trust Master is one of the best things about him because of all the bonuses it gives him. Mostly in his elements giving him a 10% increase to all of them.

Overall, he’s a good physical attacker. Kind of a middle of the road guy, not amazing or horrible, just right down the middle which gives him good potential.

Roddick is neutral to all elements and status ailments.

Roddick can equip 6 weapons and 7 armor.

A young man from a distant world who appears in one of many tales about the ocean of stars. Roddick is known for his exploits in S.D. 340. He is a Fellpool that lives on the planet of Roak who inherited a tail resembling that of a cat from his ancestors. Efficient with the fencing skills his father taught him, he protects his home as a member of the Kratus Defense Force alongside childhood friends Millie and Dorne. Although he appears to be the quiet and prudent type, he is actually quite excitable. His close friends tend to call him “Roddie,” and he loves eating twice-cooked pork. 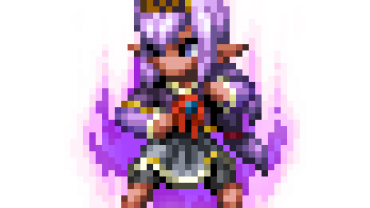