Rubicante is a 6-star unit that plays the Magic Damage role. Out of the Elemental Archfiends, he has the most magic capabilities and coverage.

His skills are actually pretty decent for only having four. Two of which heal him, one is a good LB booster and the last is Dual Black Magic which is perfect for his purpose.

As for his magic, he has some pretty heavy duty spells. Three fire spells, Blizzaga, Osmoses, and Flare.

All of which are great for damaging and Osmoses is really good for regaining MP when needed. And the way his stats are set up he’s not entirely dependant on any other units to be useful.

He can stand pretty well on his own though having a Tank or something like that on his side only makes him more effective.

Rubicante is neutral to all elements and status ailments.

Rubicante can equip 2 weapons and 4 armor.

One of Golbez’s Archfiends who appears in the tales of a blue planet watched over by two moons. Rubicante, rumored to be the strongest amongst the Archfiends, is a man of large build who dons a red mantle. He is in charge of protecting the Tower of Babil, which stretches from the Earth’s Underworld to the Overworld, and has been ordered by Golbez to destroy the Kingdom of Eblan. Once Golbez steals the Dark Crystal from the Dwarven Castle, the Archfiend entrusts the Tower of Babil to Dr. Lugae, who transports him to the Overworld along with the Crystal. 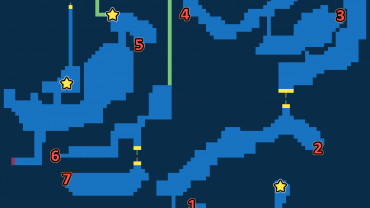