Seabreeze Dark Fina is a 6 star unit that carries the Magic Damage role. Dark Fina is actually kind of interesting because she’s the exact opposite of Fina and Beach Time Fina.

Dark Fina is a damaging unit while the other Fina’s are Healing/Support. And Dark Fina is set up really good to be a magic damage unit.

Her stats are great giving her great HP and MP pretty much setting her off good from the beginning. Her skills are laid out nicely as well to make her very effective for damage.

Her magic is outfitted with most of the third tier level damaging spells giving her a lot of coverage. And also giving her some status coverage with Bioga and some MP recovery with Osmoses.

She has Ultima which on its own is a heavy hitting magic damage move so that’s icing on the already damage heavy cake. Her abilities are what make her interesting because they seem 100% designed to support the damage that she deals.

She has Dual Black Magic which in itself is a must have for a magic damage unit. Aquatic Veil boosts her water resist which is already good to start.

Utopia is great because not only does it inflict Water damage but it has a consecutive damage increase as a secondary effect. Distress is a good status attack, Physical Fall is a great ATK/DEF debuff, and Sexy Charm just adds one more ailment for enemies to worry about.

All and all Dark Fina is a great magic damage unit and is built in a way to let her deal damage and keep her alive with out much need for having a Tank or something along those lines to back her. She really is capable of hitting hard and sticking around with out to much trouble.

Verdict: A great magic damage and definitely worth using

Dark Fina is resistant to Water and Dark by 50%, has Weakness to Light by 50%, and is neutral to all other elements and status ailments.

Fina’s alternate form. This, it seems, is the true Fina, before she lost her memories…but since she is a vision, there is room to doubt this explanation. This Fina possesses powerful magic and a quick tongue — both mainly offensive. Yet behind her jibes and patronizing tone, one clearly senses a firm determination. 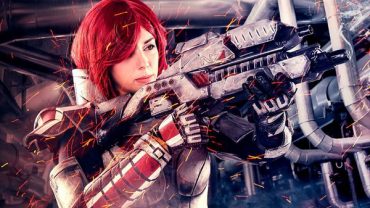