Sephiroth is a 6-star unit that plays the Physical Attacker unit. He is here in FFBE with all his SOLDIER glory as a pretty good attacker.

His stats are overall great so we’ll just get that out of the way. In his abilities, we are starting off strong with his first one Hell’s Gate.

40% Instant KO right off the bat and if not that it still does physical damage to the target. That is a heavy hitter for a starting ability and absolutely fitting for Sephiroth.

What follows is four physical attacks that each deal some serious damage and one magic attack that deals magic damage and decreases Light and Dark resist by 70%. He even has a massive cure with Reunion healing over 10,000 HP and 150 MP along with increasing his LB and adding a dark element to his physical moves for ten turns.

Sephiroth is what you would imagine him to be in his skill list. He doesn’t have dozens of different skills that he can jump through and he doesn’t need it with the amount he has.

His Traits only add to his effectiveness giving him 100% resistance to blind, paralyze, confuse, and diseases with JENOVA Cells. He has an auto-heal, recover MP, and LB boost in Rebirth Force doing all those effects per turn.

And his other Traits are just crazy stat boosts and a counter that activates his conditional skill Scintilla. He’s a heavy hitter from top to bottom and there is not a lot bad to say about this unit.

Sephiroth is one of the better Physical Attackers released in recent months and well deserving. He is Sephiroth after all, he was expected to be a powerhouse.

Verdict: A great unit. If you have him there is no excuse not to use Sephiroth.

Sephiroth is neutral to all elements and status ailments.

Sephiroth can equip 4 weapons and 6 armor.

A legendary member of SOLDIER who was once admired as a hero. Sephiroth possesses superhuman strength, which helped him amass numerous victories during the Wutai campaign. As he was already a member of Shinra’s most elite forces before the war, his accomplishments helped him rise even higher—to the rank of First Class. Although he has inspired many people to join Shinra’s army, only a select few pass the rigorous test to become part of SOLDIER. 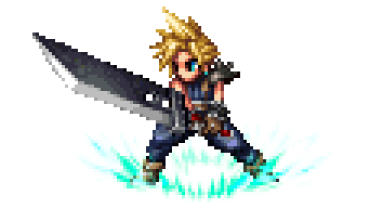