Setzer is a 6 star character with very well rounded stats that play well with his dual role. He is a Physical Damamge/Debuff character and he’s built very good for both of those.

Setzer has a lot of good skills that play nice with his Physical Damage side but his Debuff side can be a little difficult at times. Most of his skills are randomized effects with Dice, Slot, Double Dice, Gamble Fall.

Now obviously these kinds of attacks make sense for Stezer, he is a gambler it’s kind of his thing. So having randomized attacks is totally okay for the character.

But with moves like Dice where you have a chance to hit 77777 damage or 1 damage depending on how lucky you are can be a little annoying. On the same note though all his skills random or note are built for some pretty serious damage.

If you’re a lucky player and just keep getting the good roles you could pretty much god mode your way through any fight with Setzer. His biggest downfall is being a randomizer character and that’s the trait that makes him so powerful to start with.

Verdict: A good 6 star with a random out come theme but is worth taking the chances

Setzer is neutral to all elements and status ailments.

Setzer can equip 3 weapons and 6 armors.

A gambler from another world where magic and espers once lived. As owner of the airship known as the Blackjack, Setzer has spent most of his time gambling his life away, quite literally. He had planned to kidnap the famous opera star Maria to make her his bride, but his plans were foiled when she was replaced with Celes as part of her group’s efforts against the empire. Although he sees through the farce, and the coin trick she performs for him, he still decides to keep his promise to help her. 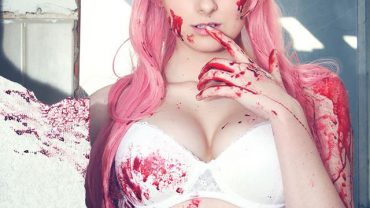