I will admit something to all of you people out there because I feel we have a deep and intimate relationship with each other. When I watch anime I go for more the serious or dark ones. The reasoning why is when I watch a show that could be considered serious I can’t help to find something as jarring as cute chibi anime people acting all silly.

Not to say it’s bad but I do want some consistency in tone when I watch a show.  I need some television drama in my life that happens to have a high school student and don’t you judge me. Shows that like Brynhildr in the Darkness.

It was many years ago, that Ryouta Murakami and his friend, Kuroneko, were trying to find proof of alien life but unfortunately tragedy strike and Ryouta friend dies when they were looking for aliens. So in honoring his friend, Ryouta looks up at the stars and hoping to find that aliens are real.

One day, a new student comes and she looks exactly like Ryouta deceased friend. Things get stranger when she can pass all the difficult tests with flying colors but don’t know her multiplication tables, she also has both superhuman strength and abilities, finally, she can predicts when someone is going to die. What other things that this new student is keeping from Ryouta that he doesn’t know about?

It’s a very good drama that will make you want to continue to the next episode or if you are done with the show then maybe you could check out another anime, probably several other shows. This guy always got you when it comes to shows to watch. Here it is 8 Anime Like Brynhildr in the Darkness [Gokukoku no Brynhildr] 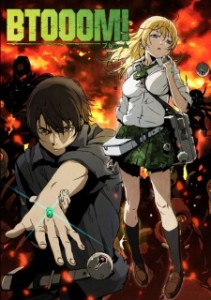 Being unemployed and lives with his mother, Ryouta Sakamoto only accomplishment is being Japan’s most popular in an online game called “Btooom!” Then somehow he is transported to a mysterious island, with other people there and it seems to be a live version of the game he played many times before. Except now the stakes are high and the only way to win is to survive.

Overall, I thought it was a superb anime. It reminds of Battle Royale, Mirai Nikki, Gantz, and Deadman Wonderland. Check out this show as soon as you can. 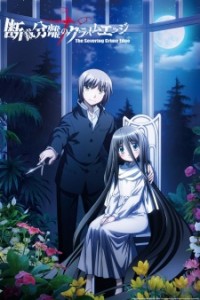 Now, we are about to enter a dangerous game of cat and mouse, with hair.

He seems to be an ordinary boy but Haimura Kiri has one thing that makes him a bit weird, which is he has an obsession with cutting people’s hair. Then he meets the “Hair Queen” Mushiyanokouji Iwai, that her hair cannot be cut, except with “Dansai Bunri no Crime Edge” that Kiri do have. But what Kiri doesn’t know he just enters something that is a lot bigger than he ever could of imagine.

This series has a good story, great depth to it, and had a thorough explanation of everything that occurred in this show. 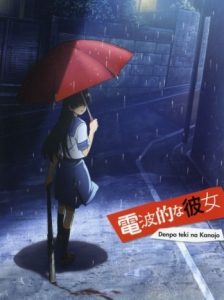 Seeing there isn’t use for friends, Juu Juuzawa keeps his distance from everyone, however, he gets approach by a girl named Ame Ochibana, saying their destiny are linked. Dismissing of what she said, he decides to befriend her since there been murders of his classmates and she may be the prime suspect to whatever is going on.

It’s a short show with only two episodes but definitely worth the watch. 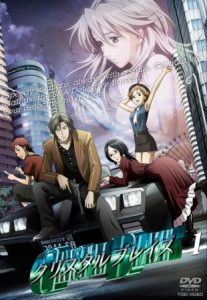 A detective anime with Sci-Fi elements in it, pinch me I must be dreaming.

A small detective agency called S&A Detectives, are solving a case of a woman who is being chased by other women with guns. And teenage girls turning into glass. Will they able to crack this case and find out who is behind all of this? 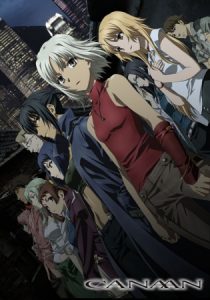 While working to look for some newsworthy stories in Shanghai, China, Oosawa Maria, a Japanese photographer, and her partner Mino gets caught up in a strange case like nothing ever before. Then things get serious when Maria old friend, Canaan, appears to help her out and tell her of a deadly matter that could change the world.

This is an excellent series, that I highly recommend it for anyone to watch. 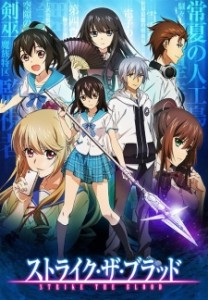 His days of being an ordinary high school are over when Kojou Akatsuki gets bitten by a vampire and now has the abilities of the creature of the night. The Lion King Organization sends in an apprentice sword-shaman to keep an eye on Kojou if he ever becomes a threat.

Well, what can I say? It was a fun ride while it lasted. It was sad to see this series end. 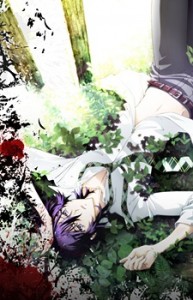 A young doctor and an antisocial youth go to investigate a town when they find out the town is plagued with some kind of epidemic. Can they survive long enough to warn others of what they just witness?

I’ve written this series a couple of times, so I’m telling this is a great series to sit down and watch. 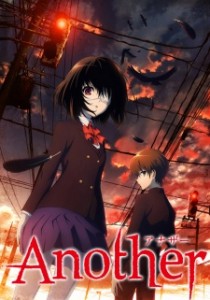 A gruesome truth that’s been hidden away for 26 years, now starts to haunt the town of Yomiyama. 15-year-old Kouichi Sakakibara must find out what was the secret that happened all those years ago or he and everyone else will suffer the wrath of something that seems supernatural.

It’s a great horror series that people needs to watch right away. 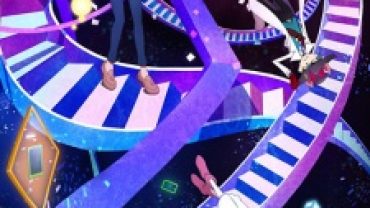