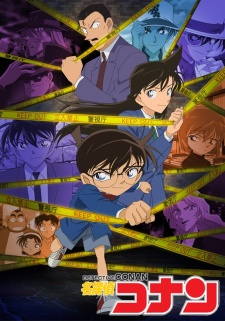 Here are my favorite picks for anime like Detective Conan! Keep in mind the list is in no particular order. Enjoy the recommendations!

Kyuu is your average boy with a knack for logic and reasoning. Desiring to become a detective, he finds out about the existence of the Dan Detective School (DDS); a famed school where students are allowed to bear arms. Together with Megu, a girl with photographic memory, the martial arts master Kinta, the genius programmer Kazuma and the mysterious Ryuu, Kyuu tackles many well planned out crimes, always seeking the truth.

Of course, his brainy friend Victorique is much more intrigued by true stories, and she uses her unrivaled logic to solve mysteries even the town’s famous detective can’t. Ironically, it is Victorique’s inquisitive nature that leads the duo to board a ship that matches the Queen Berry’s description to a tee, a ship that might just hold the key to solving a sinister mystery…

Ayumu Narumi’s older brother Kiyotaka, a renowned detective and piano player, disappears all of a sudden. The only clue Narumi has, are the Blade Children. Two years later a row of murders and incidents begin, relating to the Blade Children. Together with school journalist, Hiyono Yuizaki, Narumi tries to figure out their destiny. 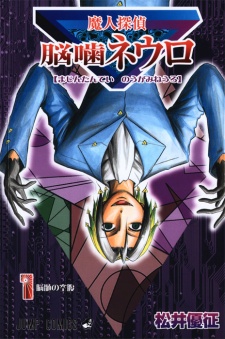 The series focuses on Neuro Nougami, a demon who feeds on mysteries and puzzles, who comes to the human world to feast on the mysteries offered by humans who release negative energy from their planned crimes. As a demon, he must not make his presence noticed by the humans as it is the law in the human world. Because of this, he makes a permanent deal with Yako Katsuragi (who has her own personal mystery she has to solve), and together they solve crimes for Neuro’s appetite.

High school student Hajime Kindaichi is the supposed grandson of famous private detective Kosuke Kindaichi. Visiting Hong Kong for a fashion event with Kindaichi, our hero’s girlfriend Miyuki is captured by a stranger in a case of mistaken identity. The journey to save Miyuki itself leads to yet another crime case…

Kaito Kuroba is a normal teenage student whose father is often absent. When his father dies under mysterious circumstances, he is made aware of his father’s secret identity: a famous international criminal known as International Criminal 1412: the Phantom Thief, and that he was murdered by a mysterious organization for refusing to aid them in retrieving the “Pandora Gem,” a mystical stone said to shed a “tear” during the passing of a particular comet (often called the “Volley Comet”), the consumption of which bestows immortality.

He vows to prevent the organization from gaining immortality, and assumes his father’s identity as he begins his quest for the gem. His only clues as to the gem’s location are that it glows red under the full moon and that it is a doublet: a gem hidden within a larger gem. Thus, it would have to be a relatively large one with a bizarre history, and always stored in a place that never receives moonlight. He thus researches and steals famous priceless gems with odd histories from incredibly well-defended areas, and always returns them after the very next full moon.