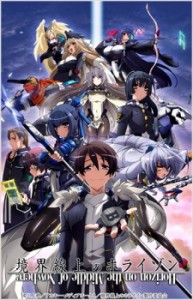 Here are my favorite picks for anime like Horizon In The Middle of Nowhere. Keep in mind the list is in no particular order. Enjoy the recommendations! 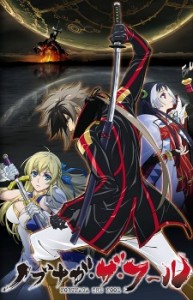 A girl from the Western Planet, Jeanne Kaguya d’Arc, saw heavenly visions of the birth of a “Star Messiah” who will save the world. She embarks on a journey to the Eastern Planet with Leonardo da Vinci, “the one who observes the world.” They come across the heretic of the Eastern Planet and “the greatest fool of the day,” Oda Nobunaga. (Source: ANN) 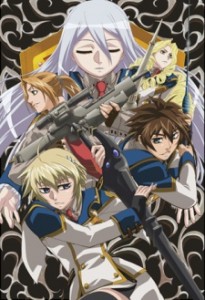 In a post-apocalyptic world overrun with mutated beasts called Limbeekoon or Filth Monsters, humanity is forced to live in large mobile cities called Regios and learn to use special weapons called Dite, by harnessing the power of Kei to defend themselves. In the Academy City of Zuellni, Layfon Alseif is hoping to start a new life and forget his past. However, his past has caught the attention of Karian Loss, the manipulative Student Council President and Nina Antalk, a Military Arts student and Captain of the 17th Military Arts Platoon, who instantly recognizes his abilities and decides he’s the perfect candidate to join her group. However, with a secret past that won’t leave him alone and unknown powers beyond normal, Layfon just might not take it. (Source: MyAnimeList) 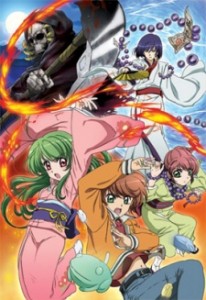 This is a slap stick comedy of an Inukami Tamer, Keita and an Inukami, Youko. Keita is a man of worldly passions, and he likes money and girls very much. On the other hand, Youko likes to destroy things and is very jealous.(Source: AnimeNfo)

Log Horizon stands apart from other ‘trapped-in-a-videogame’ anime by exploring how Shiroe, his friends and the other players learn to live in a world already inhabited by natives through the use of mature tactics such as politics, planning, and compromise. (Source: MyAnimeList) 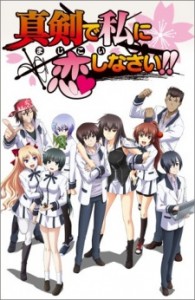 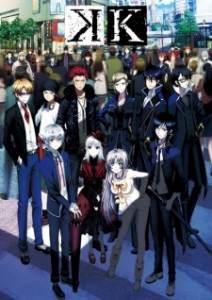 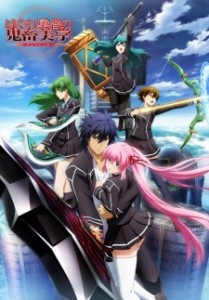 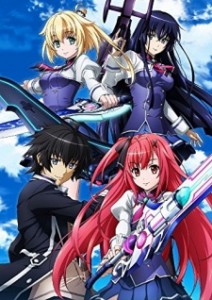 Kanata Age is a young man who lives on the floating wizard academy city of “Misutogan.” He was once celebrated as the “Black Master Swordsman,” the elite ace of the S128 special team; however, he is now despised as the “traitor of the special team.” One day, he is assigned as the instructor of E601, a team that has suffered ten consecutive defeats. E601 has three girls—Misora Whitale, Lecty Eisenach, and Rico Flamel—with one or two peculiar quirks. (Source: ANN)