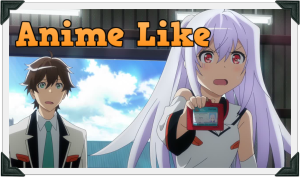 In the future, personal computers have developed into “Persocoms”, mobile computers that look like human beings. Hideki Motosuwa, a prep school student, desperately wants to buy a Persocom but cannot afford to. One day he finds a Persocom that has been thrown away and decides to keep it. When he turns on the Persocom, all she can say is “Chii” so he decides to name her that. After a while it starts to become apparent that Chii is more than an average Persocom. Having much better performance, it seems that Chii might be a “Chobit”, a type of advanced Persocom rumored to have independent thought.

In the year 2021, mankind was defeated by Gastrea, a parasitical virus, and is forced to live within a wall made of Varanium Monoliths, a metal that is able to subdue Gastrea. Soon, the “Cursed Children”, children born with the Gastrea virus who are able to control it—which gives them superhuman abilities—were discovered. Due to the Gastrea virus’ intervention, the Cursed Children could only be female.

Civil Securities are formed to specialize in fighting against Gastrea, operating with the pair of an Initiator, who are cursed children, and a Promoter, serving to lead the cursed children. Ten years after the war, Rentarō Satomi, a high school student who is also a Promoter in his childhood friend Kisara Tendō’s Tendō Civil Security, along with his Initator Enju Aihara, receives a secret mission to prevent the Tokyo Area’s destruction.

It is the early 20th century, and Raishin Akabane is a student puppeteer from Japan, who has come to the Walpurgis Royal Academy of Machine Arts in England to study the emerging field of Machinart: a combination of magic and technology with military applications.

He is accompanied by a girl named Yaya, who is actually his Automaton: a living machine doll powered by magical circuits specialized in hand-to-hand combat. In the Academy, there is a combat tournament exclusive to the Top 100 students and their automata, to decide who shall be bestowed with the title of “Wiseman”, the greatest puppeteer. 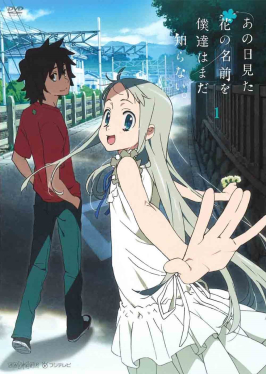 Five childhood friends grow apart after the death of Meiko Honma, close playmate of them all. Jinta Yadomi, leader of the group when they were kids, neglects high school and lives as a shut-in when he unexpectedly starts seeing the ghost of Meiko, who can only interact with him and no one else. She has returned to ask Jinta to fulfill the forgotten wish she made as a kid.

There you have it. Be sure to grab some tissues and be prepared for an emotional ride my friend! 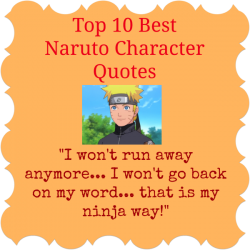