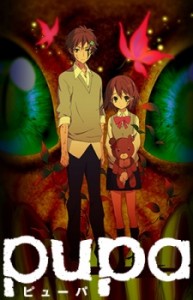 Here are my favorite picks for anime like Pupa. Keep in my the list is in no particular order. Enjoy the recommendations! 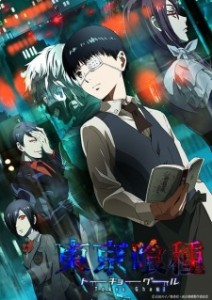 The story takes place at a certain middle school where several murder cases take place. Kobayashi, a boy who goes to this school, meets genius detective Akechi, who comes to the school to investigate. Kobayashi takes an interest in Akechi and, in spite of his friend Hashiba’s worries, he volunteers to be Akechi’s assistant. (Source: ANN) 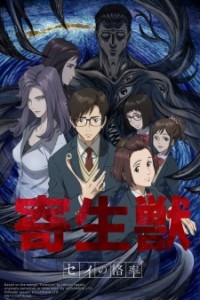 Based on Iwaaki Hitoshi’s science-fiction horror manga by the same name.

The 17-year-old Izumi Shinichi lives with his mother and father in a quiet neighborhood in Tokyo. One night, worm-like aliens called Parasytes invade Earth, taking over the brains of human hosts by entering through their ears or noses. One Parasyte attempts to crawl into Shinichi’s ear while he sleeps, but fails since he is wearing headphones. The creature enters Shinichi’s body by burrowing into his arm instead, taking over the boy’s right hand. It adopts the name Migi.

Because Shinichi was able to prevent Migi from traveling further up into his brain, both beings retain their separate intellect and personality. As the duo encounters other Parasytes, they capitalize on their strange situation and gradually form a strong bond, working together to survive. This gives them an edge in battling other Parasytes, who frequently attack the pair upon realization that Shinichi’s human brain is still intact. Shinichi feels compelled to fight other Parasytes, who devour humans as food, while enlisting Migi’s help. (Source: Wikipedia, edited) 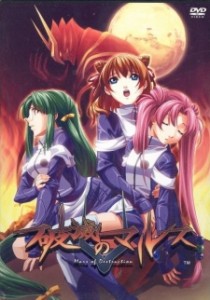 In 2010 a manned probe sent from the Earth to investigate Mars explodes in the Earth atmosphere and fragments which contain a DNA sample of what is thought to be a trace to possible Mars inhabitants falls on Japan.

That causes mutations all over Japan. People who are infected by the “virus” are called the Iseki-jin (relic persons). The AAST is founded, obtaining the cooperation of structure Doctor Hiroshi Hyuga they develop a suit, “Mars,” as a trump card against the Iseki-jin.

The carrier of the suit obtains super powers, but only a few people, who are DNA compatible with the suit, are able to wear it. Takeru, the son of the doctor, was the first person able to wear it.

While the fragment which fell on Earth is being transported to a laboratory in the USA to be analyzed the transport gets attacked by the Iseki-jin and now Takeru has to fight and defend it for a final solution in this incident. (Source: AniDB, edited) 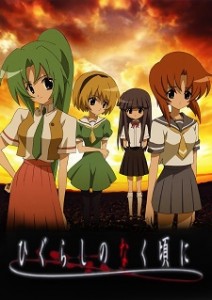 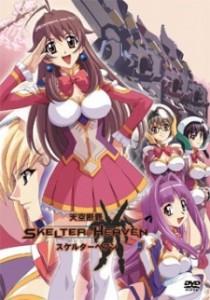 In the distant future, a mysterious floating object appears suddenly in the center of the city. The top secret mission unit “Alta Mira Agency” or AA is commissioned by the Defense Agency to deal with this mysterious invader. In charge of the robot training is Hunagai Otsuya. He must choose one of the girls to receive special training which she will receive in secret. They must use the “Battle Soles” to push back the enemy even at the cost of their lives. (Source: ANN)