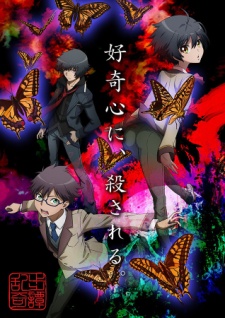 Here are my favorite picks for anime like Ranpo Kitan: Game of Leplace. Keep in mind the list is in no particular order. Enjoy! 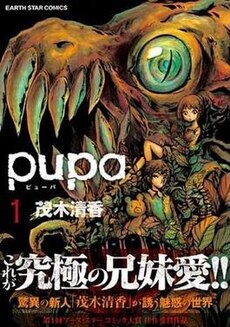 The “life-and-death sibling” story follows Utsutsu and Yume Hasegawa, a boy and his little sister who find themselves all alone. One day, Yume sees a mysterious red butterfly and her body undergoes a strange metamorphosis—into a creature that eats humans. Utsutsu struggles to find a way to restore his sister.

Oreki Houtarou is a minimalistic high school boy. One day, he joins the Classic Literature Club at his elder sister’s request. There he meets Chitanda Eru, Fukube Satoshi, and Ibara Mayaka. Chitanda is a calm beautiful girl but she turns into an embodiment of curiosity once she says, “I’m curious.” Fukube is a smiling boy with a fantastic memory who calls himself a database.

Ibara is a short girl and is strict with others and herself. They begin to investigate a case that occurred 45 years ago. Hints of the mystery are buried in an old collection of works of the former members of Classics Club. The collection is titled “Hyouka.”

The series takes place in the near future, when it is possible to instantaneously measure and quantify a person’s state of mind and personality. This information is recorded and processed, and the term “Psycho-Pass” refers to a standard used to measure an individual’s being. The story centers around the “enforcement officer” Shinya Kougami, who is tasked with managing crime in such a world. In the future, it is possible to quantitatively measure a person’s emotions, desires, and every inclination. In this way, it is also possible to measure a person’s criminal tendency factor, which is used to judge criminals.

This is the story of a team of policemen dedicated to maintaining public order. Some of them work in the Enforcement Division, responsible for the apprehension of criminals, while others belong to the Supervisory Division which oversees their colleagues in Enforcement. 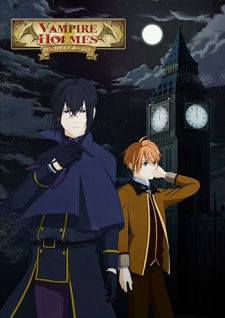 An anime adaptation of the smartphone game that features a character named Holmes in London, but against his name, he is a private detective who does not reason or even explain mysteries; however, he always solves the cases requested. He secretly undertakes a mission from the Metropolitan Police of London to search vampires.

With this divine capability, Light decides to extinguish all criminals in order to build a new world where crime does not exist and people worship him as a god. Police, however, quickly discover that a serial killer is targeting criminals and, consequently, try to apprehend the culprit. To do this, the Japanese investigators count on the assistance of the best detective in the world: a young and eccentric man known only by the name of L. 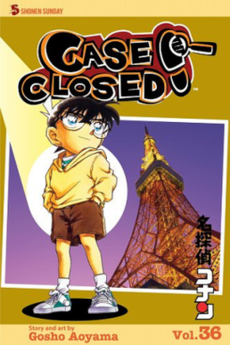 Animated by TMS and adapted from the manga by Gosho Aoyama, Detective Conan follows Shinichi who, as Conan, starts secretly solving the senior Mouri’s cases from behind the scenes with his still exceptional sleuthing skills, while covertly investigating the organization responsible for his current state, hoping to reverse the drug’s effects someday.

Of course, his brainy friend Victorique is much more intrigued by true stories, and she uses her unrivaled logic to solve mysteries even the town’s famous detective can’t. Ironically, it is Victorique’s inquisitive nature that leads the duo to board a ship that matches the Queen Berry’s description to a tee, a ship that might just hold the key to solving a sinister mystery…