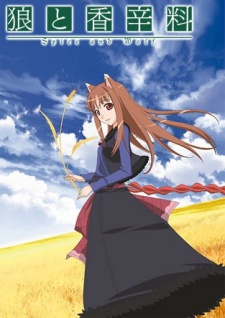 Here are my favorite picks for anime like Spice and Wolf. Keep in mind the list is in no particular order. Enjoy!

The Human race has long been at war with the Demon race, and the powerful champion of the human race, Hero, has finally fought his way to confront and kill the king of the Demons. However, when he finally meets her it is definitely not what he was expecting. The two of them become bonded by love and a secret pact is made between Hero and Demon King to engineer equal peace and prosperity for both races. However there is a long road ahead to to prepare both sides to come to peace and a war behind the scenes must be waged. Success will bring an end to the war, but failure will get them branded as traitors and executed.

This story takes place in the Edo era where Yasuri Shichika is the seventh head of the Kyotou school of Japanese sword martial arts living in Fushou Island with his sister Nanami. With the order from a female samurai general Togame, he sets out for a trip to collect the twelve treasured swords created by a legendary swordsmith Shikizaki Kiki.

Crest of the Stars 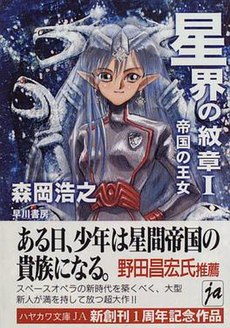 Jinto Lin is a young nobleman, whose world was taken over by the largest empire in the galaxy: the Abh Empire. Jinto’s father, the president of his home planet, handed their world over to the Abh in exchange for a standing in the Abh Empire. As a result, Jinto became a member of the aristocracy and was shipped off for an Abh education. On his way, he meets a princess of the Abh Empire, Lafiel, whom he quickly befriends despite her cold exterior. But the Abh empire is plunged into war…

They are neither plants nor animals. They differ from other forms of life such as the micro-organisms and the fungi. Instead they resemble the primeval body of life and are generally known as “Mushi”. Their existence and appearance are unknown to many and only a limited number of humans are aware of them. Ginko is a “Mushi-shi” who travels around to investigate and find out more about the “Mushi”. In the process, he also lends a helping hand to people who face problems with supernatural occurances which may be related to the “Mushi”.

An art student named Jin Mikuriya carves a statue from the wood of the Kannagi tree only to have the statue come to life in the form of a goddess, who has now taken over the statue. He and “Nagi” work together to destroy the impurities that are gathering in the town.

Natsume Takashi has the ability to see spirits, which he has long kept secret. However, once he inherits a strange book that belonged to his deceased grandmother, Reiko, he discovers the reason why spirits surround him. Containing the names of these spirits, a binding contract was formed between the spirits and the owner of the book. Now, Natsume is determined to free the spirits and dissolve the contracts. With the help of a spirit cat, his days are filled trying to return the names to these spirits.

In an alternate history of the Meiji era where humans and magical beings known as “yōnin” live side by side, half-yōnin girls team up with army lieutenants to fight yōnin wrongdoers.