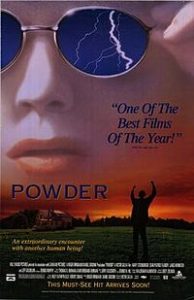 This is a list of movie recommendations of movies similar to Powder. Bear in mind that this list is in no particular order. 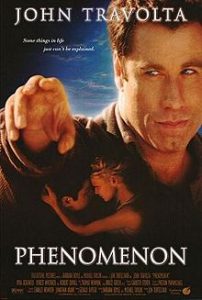 On his birthday, mechanic George Malley (John Travolta) sees a flash of light and proceeds to exhibit extraordinary mental abilities. He becomes a genius, even showing an ability to move objects with his mind. George wishes to help people, but the government wants to take him in for observation. Soon, George finds out from Dr. Brunder (Robert Duvall) that he has a massive brain tumor. With this new knowledge, George decides to spend his time with girlfriend Lace (Kyra Sedgwick). 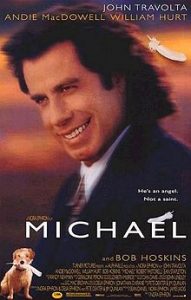 When jaded journalists Frank (William Hurt) and Huey (Robert Pastorelli), along with “angel expert” Dorothy (Andie MacDowell), travel to a small town in Iowa to investigate a story, they find Michael (John Travolta), a disheveled man claiming to be an angel. But Michael is less than angelic: he drinks, smokes and basks in the attention of women. As the group travels to Chicago, Michael teaches them about relationships, faith and miracles, suggesting that he may be exactly whom he says he is. 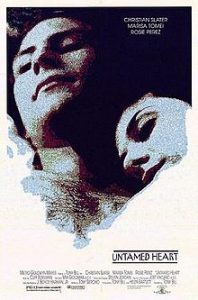 Caroline (Marisa Tomei), a young waitress who seems to have a bad taste in men, is on her way home one night when thugs attempt to rape her. Adam (Christian Slater), the mysterious busboy who works at the same diner, helps fight off the assailants, and she begins a relationship with him — but not all their fellow Minnesotans are happy for them. Meanwhile, the couple faces their own difficulties when Caroline finds about Adam’s past, including his unique health condition. 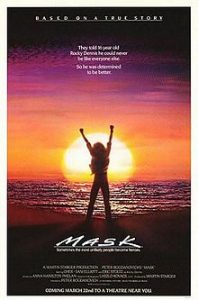 Rocky Dennis (Eric Stoltz) is an intelligent, outgoing and humorous teenager who suffers from a facial deformity called “lionitis” and has now outlived his life expectancy. While his mother, Rusty (Cher), struggles to fight for his acceptance in the public school system, he proves himself to be a highly accomplished student. Though Rocky endures ridicule for his appearance, he finds love and respect from his mother’s biker gang family, and even experiences his first love. 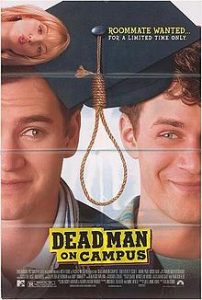 College freshmen Josh (Tom Everett Scott) and Cooper (Mark-Paul Gosselaar) are more interested in hitting the bottle than in hitting the books — and their poor grades are set to get them kicked out of school. Their only hope of passing is to find a roommate who will kill himself. That’s because an oddball college code states that a suicide victim’s roommates automatically get straight A’s. But sharing space with a lineup of lunatics proves enough to drive both boys crazy. 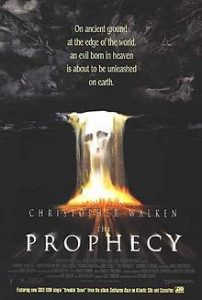 Evil angel Gabriel (Christopher Walken) has come to earth to strengthen his powers by claiming the wicked spirit of a psychotic veteran. The benevolent angel, Simon (Eric Stoltz), want to stop that from happening, so hides the man’s spirit where Gabriel would least expect to find it: in a little girl (Moriah Shining Dove Snyder). Caught in a cosmic battle in which even Lucifer (Viggo Mortensen) plays a part, a liturgically minded cop (Elias Koteas) moves heaven and earth to protect the child. 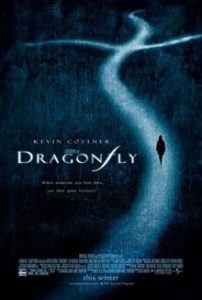 When a loved one dies, are they gone forever? As head of emergency services for Chicago Memorial Hospital, Dr. Joe Darrow (Kevin Costner) is a respected expert in trauma and triage. But his professional knowledge provides little comfort when tragedy claims the life of his wife. A doctor herself, Emily Darrow (Susanna Thompson) was on a medical mercy mission when she died in a bus accident on a remote mountain road in Venezuela. Joe starts believing his wife is trying to communicate with him.

Businessman Manny Singer (Ray Liotta) needs a reliable nanny to watch his daughter, Molly (Tina Majorino), in the absence of her late mother, yet the early applicants are unimpressive. Molly has barely talked since her mother’s death, but when Corrina Washington (Whoopi Goldberg) gets the girl chatting, she lands the job. Although some think their relationship is ahead of its time for the 1950s, African-American Corrina and Manny, who is white, soon appear to be headed for romance. 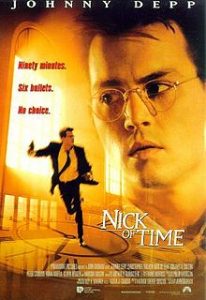 Gene Watson (Johnny Depp) arrives at an L.A. train station with his young daughter, Lynn (Courtney Chase), and is confronted by mysterious Mr. Smith (Christopher Walken) and Ms. Jones (Roma Maffia). They hand him a gun, order him to kill the state governor within 75 minutes and threaten to murder his child if he doesn’t comply. Smith accompanies Watson to a hotel where the governor is to speak, while Jones holds the girl. As Watson considers his options, the hour to act draws ever nearer. 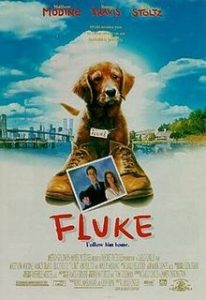 Workaholic Thomas P. Johnson (Matthew Modine) has achieved professional success at the expense of his family life, having neglected his wife, Carol (Nancy Travis), and son, Brian (Max Pomeranc). After Johnson wrecks his car in a dangerous street race with co-worker Jeff Newman (Eric Stoltz), he finds himself watching his own funeral. Returning to Earth as a dog, Johnson finds his family and struggles to have a positive influence on their lives — in spite of his canine form.