Colin Farrell, Vince Vaughn, Rachel McAdams and Taylor Kitsch star in Season 2 of “True Detective,” which weaves a web of conspiracy and betrayal around a bizarre murder in the scorched landscapes of Southern California. The disappearance of a city manager ignites an investigation involving Ray Velcoro, a police detective torn between his job and those he serves in the Mafia; Frank Semyon, a criminal/entrepreneur in danger of losing his empire; Ani Bezzerides, a sheriff’s detective whose resolute ethics are unpopular; and Paul Woodrugh, a war veteran and highway patrol motorcycle cop with a troublesome past.

The series features a sprawling ensemble cast of characters, many of whom are based on real figures from historical records, but the lead protagonists are ultimately two soldiers, Lucius Vorenus and Titus Pullo, who find their lives intertwined with key historical events. Rome was a ratings success for HBO and the BBC. The series received much media attention from the start, and was honored with numerous awards and nominations in its two-series run. Co-creator Heller stated in December 2008 that a Rome movie was in development, but as of early 2015 no further production had been initiated. The series was filmed in various locations, but most notably in the Cinecittà studios in Italy. 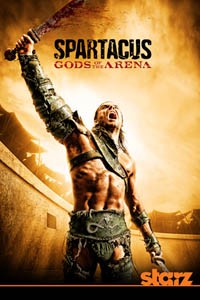 The mini-series features the bloody history of the House of Batiatus and the city of Capua before the arrival of Spartacus. Quintus Lentulus Batiatus becomes a lanista (manager) when he takes over his father’s ludus of gladiators. He has ambitions of stepping out of his father’s shadow by seeking recognition for his own name and achieving further greatness for his house. By his side stands his beautiful wife Lucretia who will help her husband achieve his ambitions, whatever the cost. Batiatus puts all his fortunes on the man who will gain him fame and glory. That would be his best gladiator, the Celt, Gannicus, a skilled warrior who wields dual swords with deadly purpose. Those who oppose Batiatus and his future champion(s) of Capua do so at their own peril.

The Borgias, led by patriarch Rodrigo, are a family of outsiders from Spain who try to take over control of Renaissance-era Italy. Through the use of bribery, extortion and torture, Rodrigo rises up the ranks to become pope. Two of Rodrigo’s children are used as pawns by being married off to members of rival families at a young age. Vanozza, Rodrigo’s long-time mistress and mother of his children, and Giulia Farnese battle for the elder Borgia’s affections. The story of the Borgias has inspired such works as Machiavelli’s political treatise “The Prince” and Mario Puzo’s “The Godfather.” 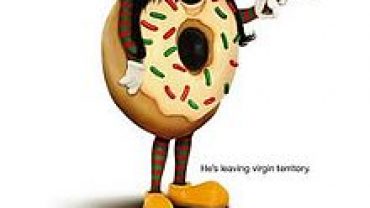