It’s the new game that is making waves on smartphones everywhere. Slither.io is a past time that will have kids and adults intrigued for hours at a time. While the purpose of the game is to entertain, winning the competition is also desirable. Here, then, are a few things you should know about Slither.io before taking on the task of dominating the board. 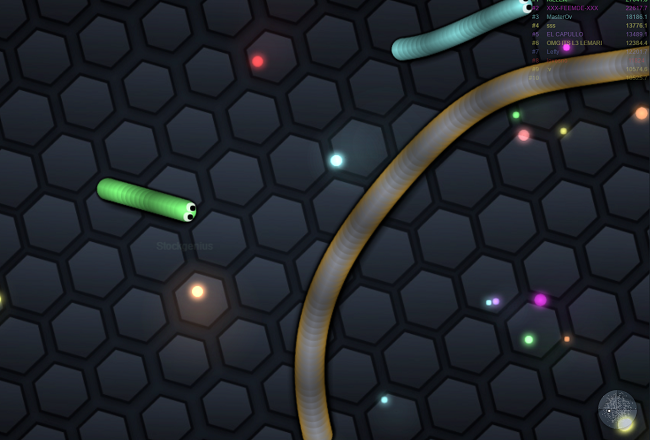 The central goal of Slither.io is for a player to use his snake to maneuver and collect lightbulbs. Illumination makes the creature grow which makes it stronger and more capable of warding off attacks from other snakes. A head-on collision with any other snake, regardless of how big or small to the opponent is, knocks both players out of the game. Destroyed creatures disintegrate and become lights for other snakes to consume.

While it is true that light makes the avatar stronger, every point of illumination is not grand. Some larger snakes leave bulbs behind as a way to lure competitors in and destroy them. You may think that a string of yellow bulbs is your way to growth. In actuality, that long path of sunshine is a trap with a larger snake waiting at the end. Unfortunately for you, there is no way to see down the road in Slither.io. You will, therefore, run into your match and be destroyed.

Another concept to consider is the fact that bigger snakes move more slowly than small creatures. So while you are eating lights and becoming stronger, you are also slowing down and losing maneuverability. Suddenly the curves are not as easy to turn when you are five feet long, and you aren’t able to move away from the smaller snake that is coming for your head. While the concept of the game is to be the biggest avatar, you must be mindful of the slow mobility that comes along with length.

Strategies to Put Into Practice

In an effort to play wisely, it is best to approach Slither.io with a marathon attitude. Consider the game as something that you are slowly but surely dominating and not as a past time that you must conquer rapidly. Do not be so quick to consume every bulb that you see. Such is especially the case when the lights are in a straight line. While it may be a coincidence, it could also be a competitor’s plot to destroy your avatar.

Additionally, consider pressing the spacebar when your snake grows and becomes slower. Such act will give the creature the right amount of boost it needs to navigate the path and avoid other snakes. The boost mode is available throughout the game, but it is best to refrain from using the feature during the beginning stages of the game as your avatar is small and fast during this time.

With growth comes more options for you and your avatar that include setting traps for smaller avatars. Consider using length to your advantage by leaving a few bulbs along the way and forming a circle that traps competitors. You should, however, be mindful of the location of your snake’s head so as to prevent a head-on collision that would destroy both you and your opponent.

Slither.io is a game meant for thinkers. You may not find success if you come into the game with the idea of quickly conquering your opponent. The purpose of the app is to challenge players to consider every move instead of blindly consuming bulbs and hoping for the best. If you want to be successful in the game, then you need to strategize how you plan to become bigger and dominant the board.