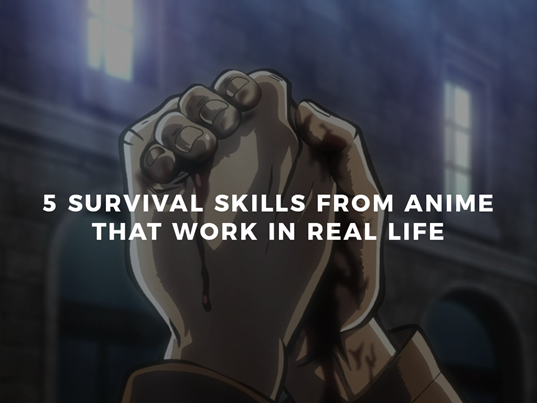 Ever heard of anime? Maybe you have, maybe you haven’t but one thing is for sure; you’ve probably watched an episode or two of an anime. Some people say that these are just “cartoons” and have no meaning whatsoever. Well, this article will surely prove them wrong. Anime is more than just a “cartoon”, it’s about a person – usually the mangaka or the author – who desires to impart something to their readers. Anime talks about a variety of things; some delve on the topic of suicide, sports, fictional beings, and even tentacle monsters.

At this day and age, authors can literally choose any topic and still manage to narrate a beautiful story. For instance, they can talk about solar energy in the Philippines or new wave music in India and – despite how random these topics may seem – develop a magnificent story that can touch the lives of millions of people. Truly, anime shows people that there are plenty of lessons waiting to be learned. Among them are survival skills. Any day, a catastrophe or emergency can take place and, in the past, plenty of anime have touched this topic. These anime did not only prove to be entertaining and interesting, they were also very educational. As a matter of fact, if you’ve ever watched anime before, actively or just to pass the time, you might have learned a thing or two from those “cartoons”. To refresh your memory, here is a list of survival skills from anime that are actually applicable in real life apocalyptic situations: 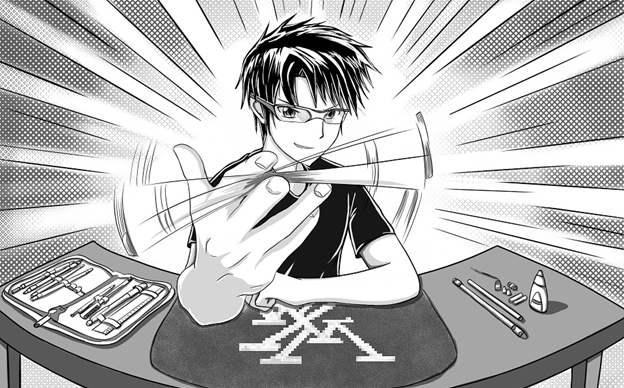 #1. Stay Calm and Assess the Situation – All Survival Anime

It’s simple, don’t ever panic. Panicking gets you nowhere. Plenty of protagonists from different survival anime can show you the effects of giving into your fear in an apocalyptic event. Although it is perfectly normal to be nervous (a catastrophic event just happened, it’s understandable), don’t ever let your anxiety escalate into a full-blown panic attack. Take deep breaths until you calm down then assess the situation you are in. Take into account the resources you have and the necessities you need (i.e. food, shelter, and clothing). Once you’ve tallied the things you have and if you think you can survive on those for a while, it’s time to look for the things you’ll be needing. Think of the nearest and safest places where you can get these items and come up with a plan. Don’t ever go in blind and always have a contingency plan. Start there and work your way up.

#2. Look for Other Survivors – High School of the Dead; Tokyo Magnitude 8.0

Once you’ve calmed yourself and taken into account the resources you have and need, it’s time to look for other people. Finding and making alliances with other people will increase your chances of survival because the capabilities of a group is always better than that of a single person. Just look at how Takashi Komuro of High School of the Dead immediately went to find his best friend after seeing a zombie attack or how Mirai Onozawa looked for her brother immediately after the earthquake. Also, if you can find someone you could trust then it is better. Think of places where people, aside from you, would go to and seek shelter. If by chance you don’t find anyone there, then think of places that has an abundance of resources. Once you’ve found other people, huddle up and talk about the division of rations and duties. Also, while you’re there think about having a leader; opposing ideas oftentimes means conflict and betrayal, so assign a suitable leader and follow and/or lead.

Once duties have been assigned and everyone knows what their roles are, it’s time to start scavenging for materials that you can use and resources that can be utilized. An example of this is in Uninhabited Planet Survive! where the characters Sharla, Bell, and Kaoru went to look for food while Shingo and Chako stayed to fix their ship. Just like them, you have to make sure that the shelter where you’re staying is sturdy and habitable. If not, scavenge for materials to reinforce the shelter and, hopefully, to widen the scope of your sanctuary in hopes of finding other survivors. Also, if there are left-overs, never throw them away. After all, you’ll never know when you’ll need them.

Another thing you should keep in mind is to expect the worst out of people and be ready for the worst-case scenario. You never know what might happen in your survival group, there might be betrayal, conflict, and even death. Staying resilient through everything that has happened will help you in the long run. Look at how Eren form Attack on Titan got back up after watching his mother die right before his eyes and how Ganta from Deadman Wonderland kept on going even after everything that he’s been through. Just like them, you have to be resilient because this will allow you to physically, emotionally, and mentally bounce back from anything that pushes you down.

Through everything that has happened, is happening, and will happen, never forget the reason why you’re trying to survive in the first place. The single most important thing to remember when surviving an apocalypse is your drive – the drive to continue forward no matter what may come your way. If you’re looking for inspiration, look at Yukiteru from Mirai Nikki who still had the drive to survive after all that has happened to him. You can also watch Btooom! and check how Ryota always fought with all that he had for the sake of survival. Like them, you should always hope for a better tomorrow and you’ll find a reason for survival.

Five simple things to get you through. No matter how hard your situation is, never forget these five things and you’ll hopefully have an easier time. Always believe in yourself and do what is necessary, only then will you truly survive. “People who are unable to abandon anything, will fail to bring about any change. If it’s required to overcome monsters, one must toss aside their humanity.” – Armin Arlert (Attack on Titan)

Katrina is your average gal living inside the metro who has passion for writing, travel and photography. She admires nature at its finest and always wanted to become one of them. Dreaming to have the Cinderella life one day, humming with the birds, dancing with the clouds.