Teo is a 5-star unit that plays the Support role. The fourth character in the Just Cause 3 group and well represented in Brave Exvius.

Teo has a few good things in his skills that make him a nice Support but also give him some damage capabilities. Wound Treatment and Medication are both heals which give pretty decent amounts of HP when used.

He also has two moves that each boost DEF/SPR and ATK/MAG by 40%. On top of that, his final skill gives a 50% damage boost to mechanical monsters.

He only has two Traits, both of which are simple boosts. Really, he’s what you’d expect from a 5-star Support unit with little to him that’s astounding.

Verdict: Not horrible, but there are much better 5-stars out there. Good to have if you’re gunning for all the Just Cause 3 characters.

Teo is neutral to all elements and status ailments.

Teo can equip 3 weapons and 5 armor.

A mercenary from another world. Teo is a mercenary hired by a scientist named Dimah who joins Rico Rodriguez just before he sets off on a mission to investigate a mysterious weapon that has been setting fire to all vehicles that approach the base of Corda Dracon. He works closely with Annika Svennson, another mercenary employed by Dimah. 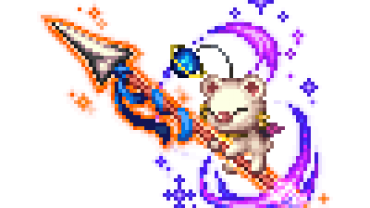