Tidus is a 6 star unit that plays the dual role with Physical Damage and Support. He is built very well with some great stats to support both roles and his skills hold up nicely.

Blitz Mania and Jecht Shot are both good moves as well and both relate to his Water coverage. Blitz Mania boosts water resistance and grants MP regain over 3 turns where as Jecht Shot is a powerful water physical attack that ignores damage and gives Water element to all attacks for 5 turns.

He also has a 100% resistance to Water giving him great coverage over the element in general. Having him set up with decent utility skills and great damage ones, Especially his final Quick hit which does 4 heavy hitting attacks.

His equipment load out is rather good giving him a nice set up of weapons and armor to pick from. He’s definitely viable and one of the better units to be play this dual role.

Verdict: A great dual unit with well rounded stats, skills, and all around decently built.

Tidus is 100% resistant to Water and neutral to all other elements and status ailments.

Tidus can equip 5 weapons and 7 Armor.

A young man who appears in the tales of another world where its people are trapped in a spiral of death. Tidus is a talented player of blitzball, a beloved aquatic sport played in the sleepless city of Zanarkand. During a tournament match, a calamitous being known as Sin attacked the city, sending him to the unfamiliar world of Spira in the process. Puzzled and worried about the circumstances he will surely have to face, he washes ashore at Besaid Island. There he meets a man named Wakka, and takes up his proposition of going on a pilgrimage with the summoner Yuna in order to find his way back home. 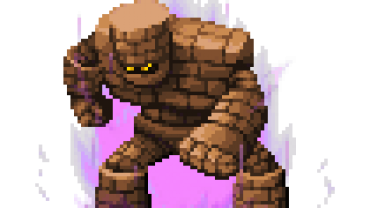