For this list, we’ll be looking at the fights in anime that were brutal, ugly, and generally lacking any sort of grace to them. Get ready for bloody faces, broken bones, and a few spoilers down the line. 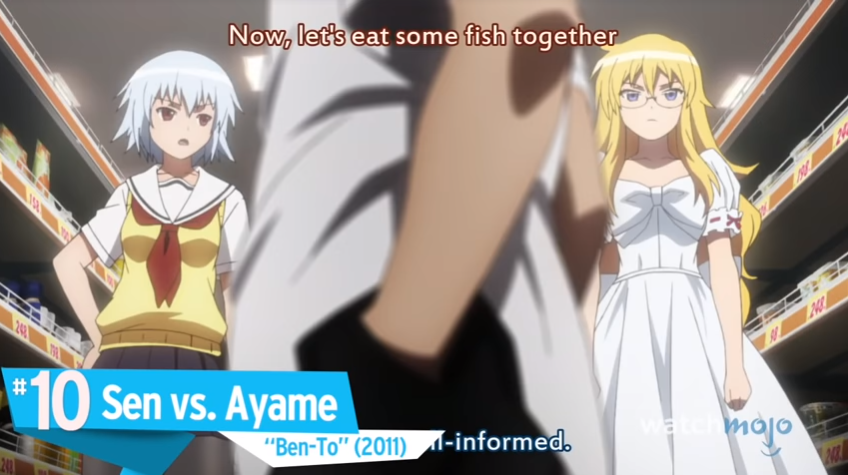 What would you do for a discounted bento box? Well in the case of these lovely ladies they’d kick the shit out of each other and anyone else in their way in order to claim it for themselves using whatever means necessary.

While possessing some serious strength behind her sublime beauty, Ayame underestimates just how hardcore sin is when it comes to battling it out for bento. Leading to a vicious defeat. 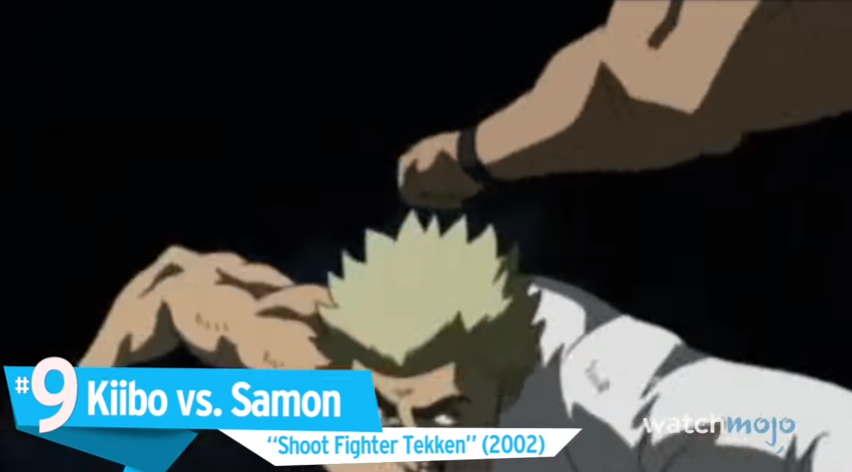 You know how it goes. You’re a legendary fighter’s heir being raised on his secret martial arts moves and now find yourself taking on one of his students in a battle to the death.

Despite facing a man twice his size, Kiibo is able to best the former protege by using his knowledge of the human body and then exploiting the hell out of it with some vicious blows. It’s as simple as a slugfest can be and that’s what makes it so fun to watch. 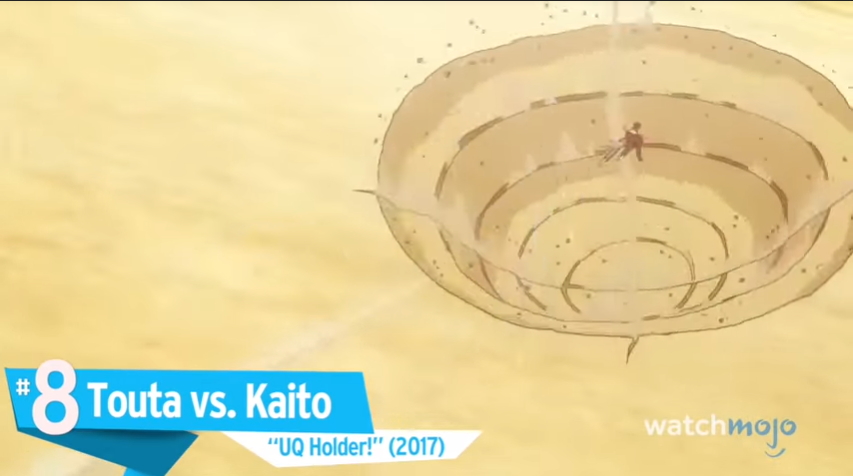 Now, this is what a vampire versus werewolf battle is supposed to look like. As one of the strongest members of Powerful Hand, Kaito appeared to make quick work of the young immortal thanks to his incredible speed. Even managing to bloat out his heart to pieces.

Alas, it must have slipped Kaito’s mind that Touta was the grandson of Neji Springfield. Yes, the harem king of Nojima. Since he swiftly recovers and then proceeds to pulverize the wolf boy into submission 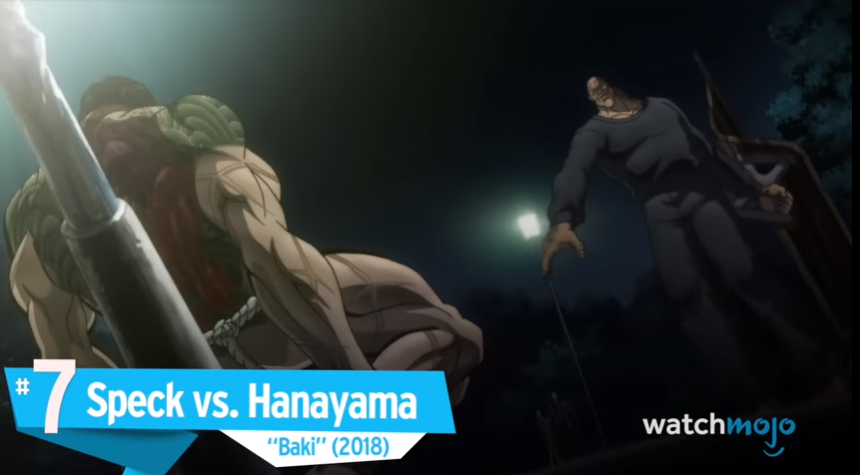 Given the amount of damage that Hanayama took throughout this brawl, we’re still stunned that he managed to come out of the whole thing the winner albeit with a blown-up face.

After saving Bucky from getting cock-blocked the young Yakuza takes on the death row inmates in the bloodiest of brawls. Despite Speck pummeling him with anything he can get his hands on, he’s woefully unprepared for just how much punishment Hanayama can endure and how much he can dish out in return. 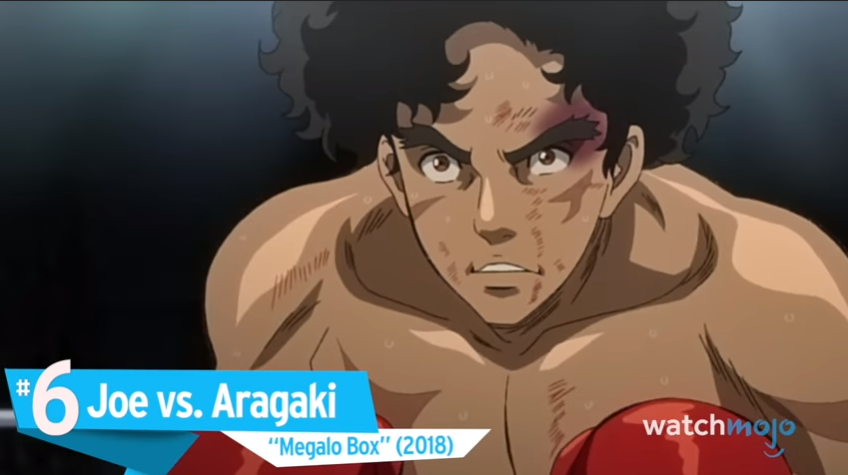 It’s a boxing match between two students of the same mentor. One haunted by his past and one fighting for the future.

With such stark contrasts between them not only was this battle high in emotional tension, but it was also unrelenting in its action. With neither willing to give an inch despite their various handicaps. It wasn’t long before blood was drenching the mat.

Joe may have walked away as the winner in the end But no one can say it wasn’t hard for on both sides. 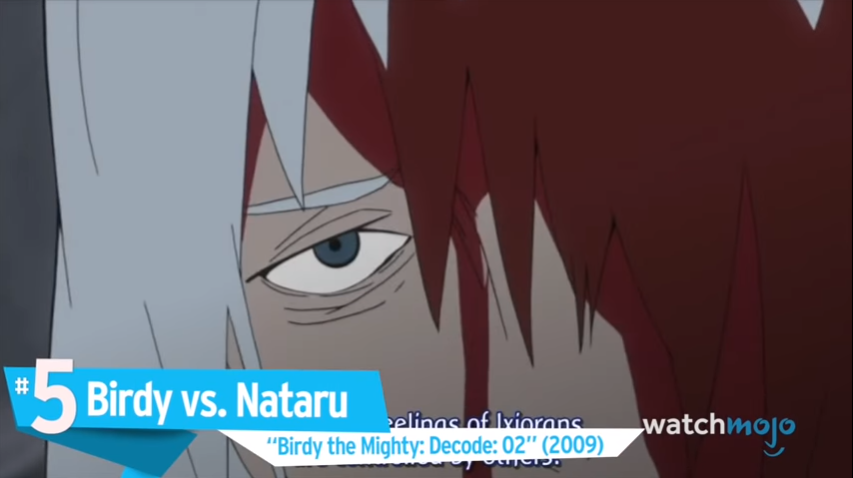 Most love confessions don’t end with a super-powered fist fight through the wreckage of a city bay. What else would you expect from birdie?

With her childhood friend on the warpath, the interplanetary officer has no choice but to go all out with her abilities in order to stop him for good.

Even if you aren’t invested in birdies moral dilemma about bringing down her old friend you’re sure to be entranced by the crazy action since between them, they managed to make rubble out of everything they touch. Never let it be said that high school is on the shorter end of the spectrum don’t know how to fight like Shonen action stars. Case and point, When Taiga and Kano tore up a classroom and nearly beat each other purple.

Sure, it may have all revolved around a boy, but you can’t tell us that you didn’t shudder each time a punch landed. We would say it was sweet that Taiga was willing to go to such lengths so that Kano could understand Yusaku’s feelings, but we just hate to imagine what would happen if he ended up breaking their hearts. There are very few who can ever say they have been able to hold a candle to the Space Cowboy when it came to hand to hand combat and yet this vengeful criminal did just that.

Good thing too since it gave us a close quarters skirmish that none of us will be forgetting anytime soon. With a Halloween parade serving as the backdrop, Spike and Vincent go all out for their final showdown with a brilliant display of martial arts mastery.

If you’re looking for a feast of flying fists and fancy footwork then eat your heart out.

Number 2. Simon vs. Anti-Spiral – Gurren Lagann the Movie: The Lights in the Sky are Stars 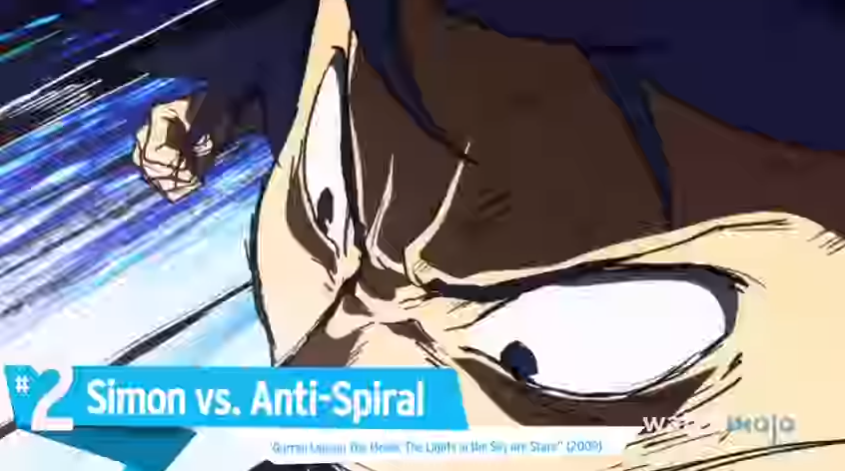 How does one top two giant mecha the size of whole galaxies battling it out in one of the most ludicrously awesome battles of all time? By following it up with a rather intimate yet equally visceral fistfight between a determined digger and the embodiment of universal stagnation.

Unrelenting in their opposing desires all Simon and Anti-Spiral can do is keep getting back up after every blow all the wild Nia watches on in silent hope.

Each devastating punch carries a heavyweight as Simon fights not only for himself but the rest of mankind. 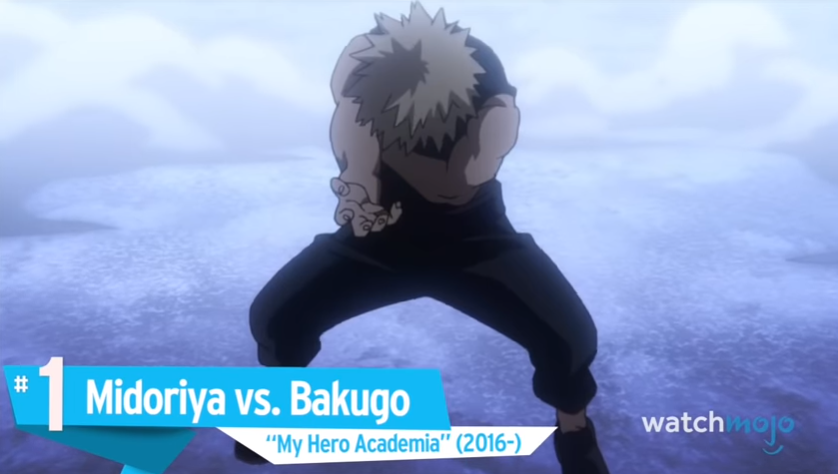 It was the rematch we were waiting for and it even exceeded all our expectations. After finally figuring out the source of Deku’s power, Bakugo demands an impromptu battle to see who truly is the strongest.

Not only is the fight savage hell with both demonstrating just how far they’ve come with mastering quirks, but also shows their personal growth as characters. By the time the battle is concluded we can plainly see how far they have come since their early days in U.A High.