The Atelier series has long been one of the most underrated JRPG series in the West. Atelier Shallie attempts to bring new players into the series by ditching one of the series’ core mechanics: time management.

Previously, every game in the Atelier series had a system where every action had an associated time cost. That system forced players to forego grinding in favor of smart time and item management. Shallie does away with that system, and the result is both more grinding and more flexibility and chance for exploration.

It’s an interesting new direction, but none of it changes the fact that the core gameplay of item gathering and synthesis is lots of fun and unlike anything else in JRPGs today.

Omega Force had a smash hit in 2014 with Hyrule Warriors, a hack-and-slash romp based on the Zelda franchise. Using a similar formula, they released Dragon Quest Heroes in 2015, to similar reviews.

Omega Force is best known for the Dynasty Warriors series, and this fits right in with those titles.  There are a few mechanics here, like magic and party management, that make the game feel a bit more like a Dragon Quest game.

But it still largely centers around the same concept: Throw yourself against hundreds of enemies and button-mash your way out of it. It’s great.

Okay, so Yo-Kai Watch was billed as a potential “Pokemon killer,” and honestly, it isn’t. But that isn’t because it’s not great, it’s just because it’s a different kind of game.

Yo-Kai Watch certainly has the same sort of variety and creativity as Pokemon in its numerous monster designs, but the game simply plays differently. Rather than find the Yokai in the bushes at random, they each have a unique story and power, and finding an individual Yokai is generally a much bigger affair.

It isn’t going to supplant Pokemon any time soon as the “monster collection” game of choice, but there certainly is room for two excellent game franchises. 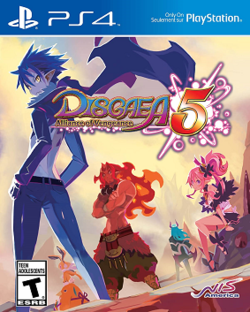 Disgaea 5 is the kind of game you play if you’re looking for an irreverent plotline that doesn’t take itself too seriously, and battle mechanics that iterate on themselves to absurd degrees.

Eventually, all the grinding has you doing absurd combos for millions of points of damage at a time. It’s really satisfying, and the writing keeps things going strong as well. 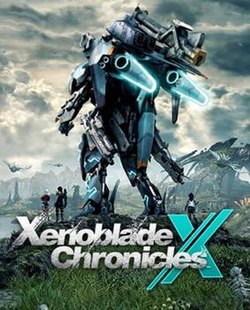 
This is easily the best game on this list, and made a number of lists for top 10 games of 2015, period. It’s art style takes a bit more of a realistic, CG-modeled take on anime. But take one look at Lin Lee Koo, and yeah, it’s anime.

Xenoblade Chronicles X is largely an open-world exploration game about humans trying to survive on a planet far from Earth. You get to drive huge, awesome mechs around the map, and it features an phenomenal soundtrack by Hiroyuki Sawano (of Attack on Titan fame).

I cannot present a compelling argument for anyone to not play this game… other than the fact that it exists on the flatlining Wii U. 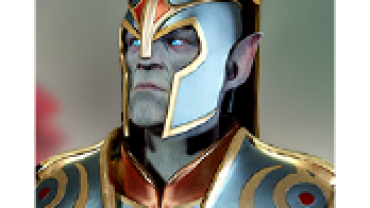