Football is without a doubt the most watched sport in the world, with millions of fans all over the world supporting their favorites teams and clubs. Due to the popularity of the sport, there is constant pressure to for teams and clubs to find the best performing players, especially strikers who can score and win their team points. Below is a list of the top 10 strikers in the 2015-16 football seasons who are currently giving opposing goalkeepers and defenders a hard time (NB: the list is in no particular order). 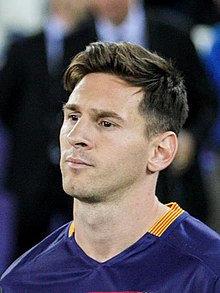 Lionel Messi is one of the best footballers in the world. With a record 5 times FIFA World Player of the Year and a career total of 460 goals, Messi has managed to create a legend that can only be rivaled by other great players such as Diego Maradona, Ronaldinho, and Pele. The Argentine forward who plays professional football for FC Barcelona is one the best performing strikers in the 2015-16 season, having scored a total of 40 goals, including 22 league goals and 6 UEFA Champions League goals. 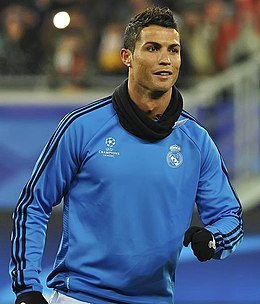 Cristiano Ronaldo is another sensational player in the world. The Portugal forward who plays for Real Madrid has been vital player to his team this year, and he has given many an opposing team sleepless nights. Ronaldo has scored a total of 42 goals this season, including 29 league goals and 13 Champions League goals. He is currently the all-time top scorer for Real Madrid, with a total of 254 goals. 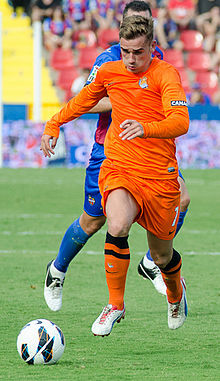 Antoine Griezmann is a 25-year French attacking player who currently plays for Atletico Madrid. He has been a key player for the club this season, especially with their La Liga title charge, where he has scored 19 goals and helped earn the team a second place in the league. With a total of 26 this season, Griezmann has been on top form, which has made him the envy of some of the top clubs in the world.

Luis Suarez is one of the most prominent footballers, rising to fame during the 2010 World Cup finals where he, controversially, helped Uruguay proceed to the semi-finals round. Suarez, who currently plays professional football for FC Barcelona club has been a vital player during the 2015-16 season, having scored 45 goals in all competitions, including 26 league goals.

Neymar da Silva Santos Júnior is a Brazilian national team forward who plays professional football for FC Barcelona. He is one of the most prolific strikers in the world, and he has played a vital part in the 2015-16 Barcelona’s Champions League and La Liga title challenges. Neymar has made a total of 40 appearances for Barcelona this season, where he has managed to score 27 goals, including 21 league goals. 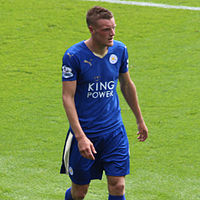 Jamie Vardy is an English national team forward, who plays for the Barclay’s Premier League side Leicester City. Vardy is one of the best strikers in the Barclays Premier League, where he has scored 19 goals for Leicester City, helping them to climb to the top of the table and maintain the number 1 position. Vardy has also enjoyed brilliant performance for the England National team, having recently scored twice in a friendly against the current World Cup winners, Germany. 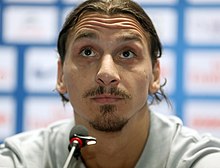 Zlattan Ibrahimovich is a Swedish footballer who plays professional football for the French Ligue 1 club, Paris Saint-German (PSG). He has made 42 appearances for his club so far during the 2015-16 season, and he has scored 39 goals including 30 league goals, helping the club clinch the Ligue 1 title even before the season comes to an end. 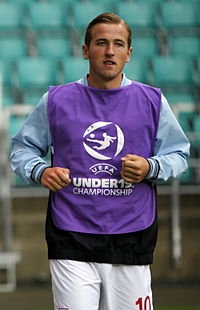 Harry Kane is an English attacking player who plays for the Barclay’s Premier League side, Tottenham Hotspurs. Kane has been on top form this season, having already scored 25 goals for his club. This performance earned him the Barclays Player of the Month award for March 2015. He has also been called to play for the England National team, and he is expected to be one of the key players for England during Euro-2016.

Robert Lewandonski is a Poland international forward who plays for the Bundesliga giants, Bayern Munich. Lewandonski moved to Bayern in the 2014-15 season, where he scored 25 goals in 49 appearances. He has continued to build on his form during the 2015-16 season, having already scored 36 goals for his club in 41 appearances. This top form has made him the target of a number of top European clubs, including the likes of Real Madrid and Manchester City, who would like to secure him in the coming season. One of his best moments this season was when he scored 5 goals in 9 minutes against Wolfsburg, after coming in from the bench.

Gonzalo Higuain is an Argentine forward who plays for the Italian Serie A club, Napoli. Higuain has been a key player for Napoli during the 2015-16 season, and he has helped them in their Serie A title charge by scoring 32 goals in 42 appearances, including 30 league goals.