For this list, we will be looking at the moments where an anime series push the envelope just a little too far. These scenes can be viewed as offensive and necessary or just plain out this world as such keep in mind there is going to be plenty of mature content and spoilers ahead. No seriously, There’s some really strange shit up ahead. You’ve been warned. 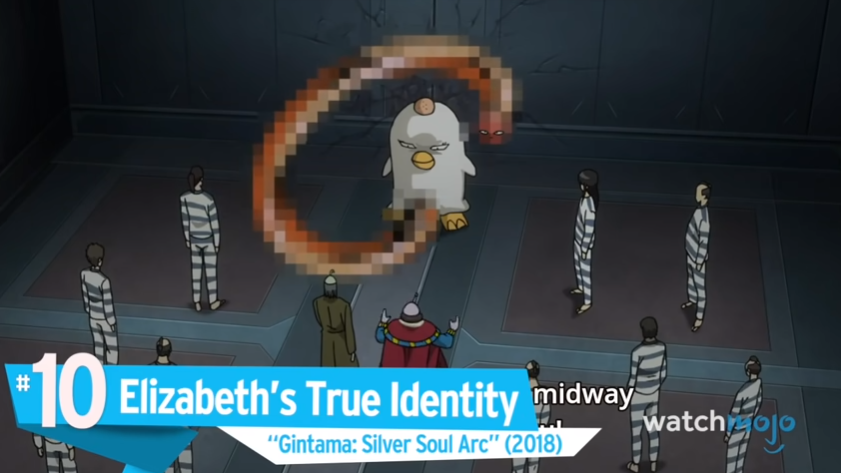 By this point, we had just about gotten used to this guy dressed in a giant duck costume. Then the latest series dropped a bombshell like no other.

Elizabeth was actually Amato prince by the name of Dragonia. One that happens to have…okay there’s no other way of saying this. It’s got a penis the size of an actual dragon and it talks. 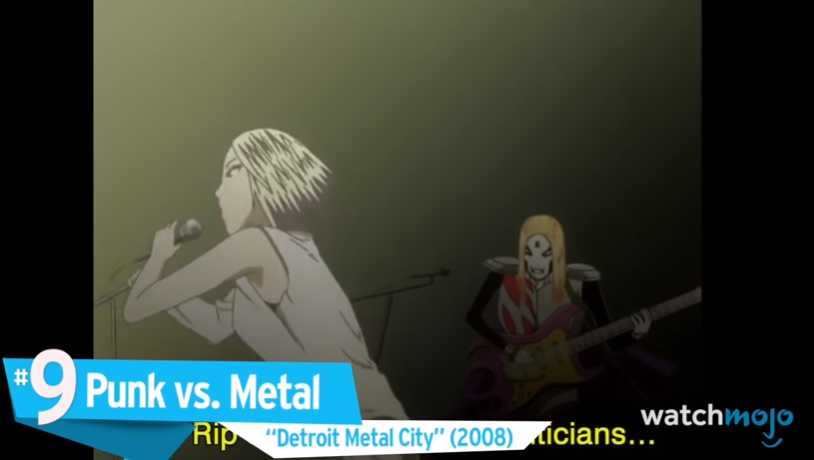 Innocent youth Negishi’s double life as the heavy-metal icon Krauser was already a crazy one. But this moment undoubtedly takes the cake.

During a showdown with an all-female punk band Krauser accidentally gets into a spitting war with the opposing team’s vocalist. Okay, that’s gross as hell but it’s not like, oh wait, there’s more.

He then goes on to start humping another band member on stage after he accidentally trips on her. You don’t see that at a Metallica concert. Now, do you? 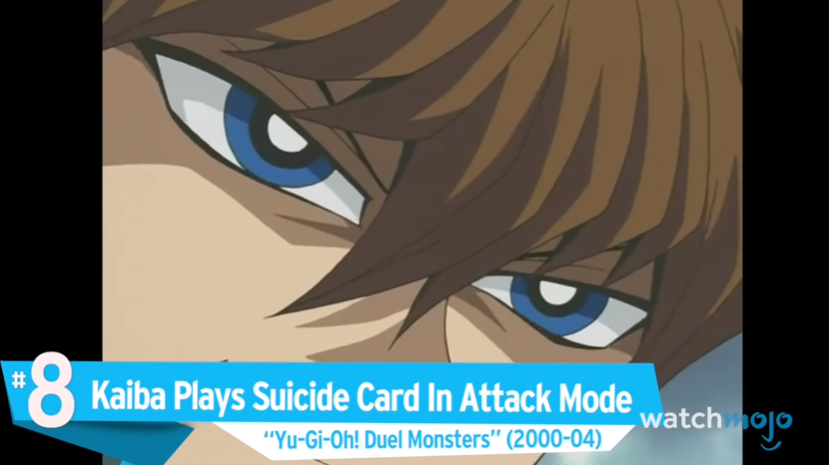 This shows about a children’s card game right? In an unexpectedly heavy moment, Kaiba pulls one last dirty trick out of the bank in order to win his match against Yugi.

Standing on the edge of the castle, He makes it clear that if Yugi takes away the last of his life points the ensuing shock wave would send him falling to his death.

It’s an ultimatum that not only shatters the relationship between Yugi and the Pharaoh but probably mentally scarred more than a few younger fans. Truly. Kaiba’s lowest point. 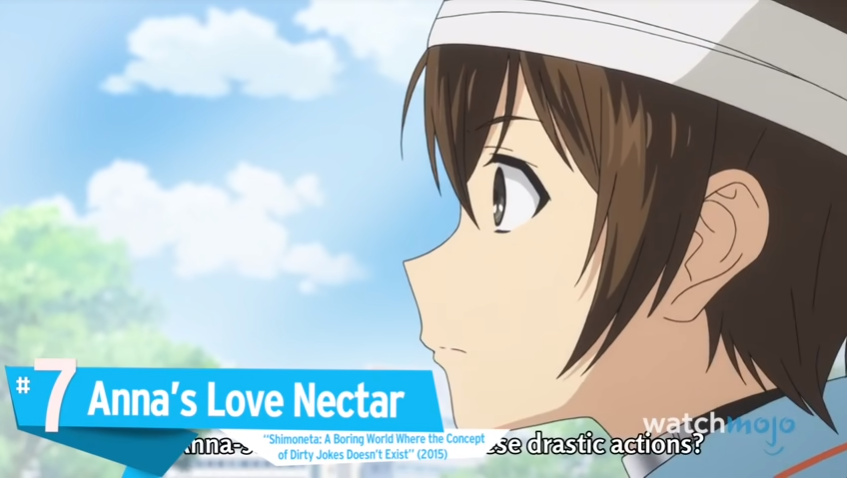 You haven’t met thirsty until you’ve met Anna. While she’s the perfect lady on the outside her good girl image melts away after she experiences sexual arousal for the first time.

She, unfortunately, doesn’t exactly know how to channel it in a healthy way leading her to develop a full-on obsession with her crush. An obsession that seems to involve her wanting him to drink her love nectar. 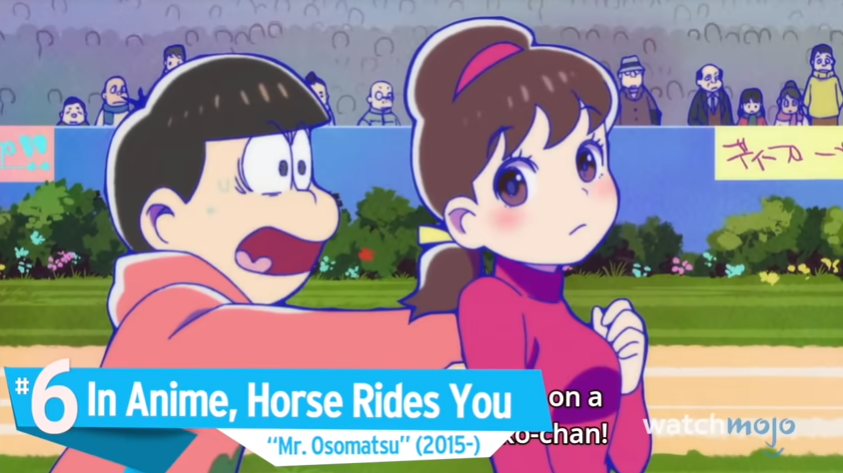 The Matsuno Brothers are well known for their crudeness. They live neat lifestyles, refuse to get jobs, and are generally a blight on society. Yet they still hope to one day lose their collective v-cards. Well, be careful what you wish for.

While the brothers try their hand at horse-racing, Osomatsu gets himself getting the whole concept of riding a little backward as it’s revealed that he’s being plowed at the backside by a stallion and is now dangling from it 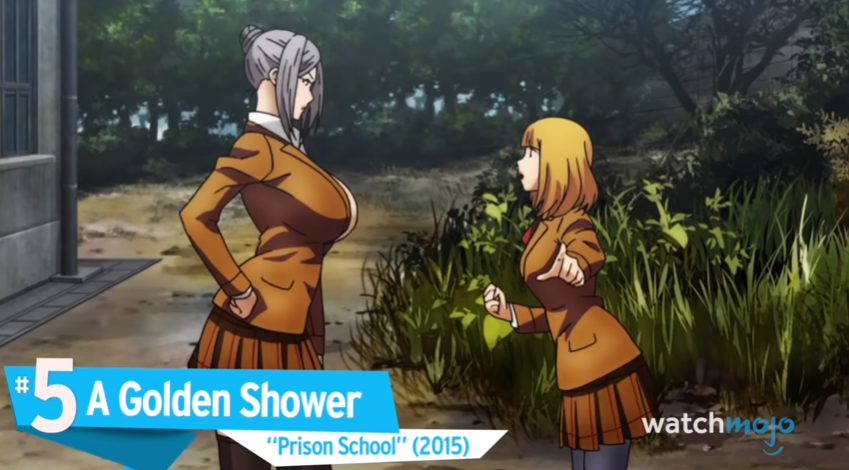 This anime relies so heavily on fanservice and then it almost becomes an art. Using everything from panty shots, absurdly busty cleavage, and sexual innuendos to create some rather stellar comedy. Hana and Kiyoshi’s relationship has been prone to the odd bizarre moment, but then this scene happened.

In retribution, for the time he saw her peeing Hana tries to strip Kyoshi down and make him urinate in front of her. Her plan ultimately backfires when she finds herself on the receiving end of a golden shower, lovely. 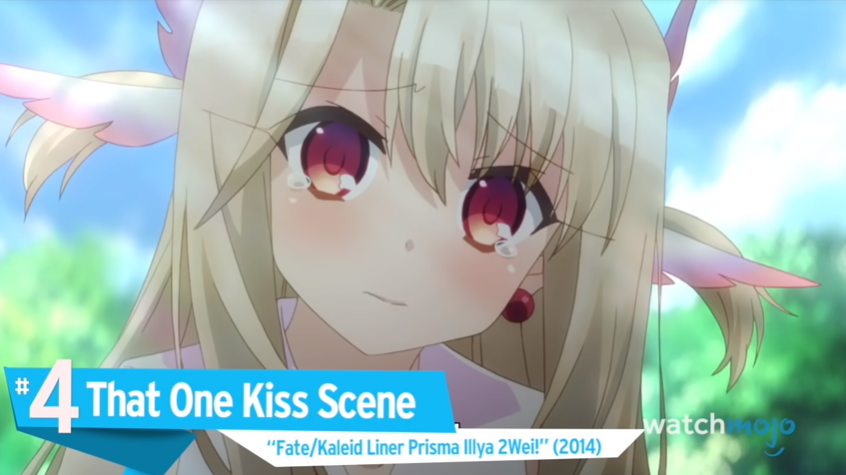 The Fateverse certainly isn’t one to hold back when it comes to disturbing content. After all, the Holy Grail war is filled with death, tortures sacrifice, and sorrow. That being said we have to draw the line when it comes to two girls who are far from being adolescents mooching up on each other in the ludest possible.

Instead of your usual MagicalGirlguild battle, Ilias evil clone starts making moves on Miyu as a way to replenish her Mana. Which of course is just an excuse to see underage girls show off some tongue action. 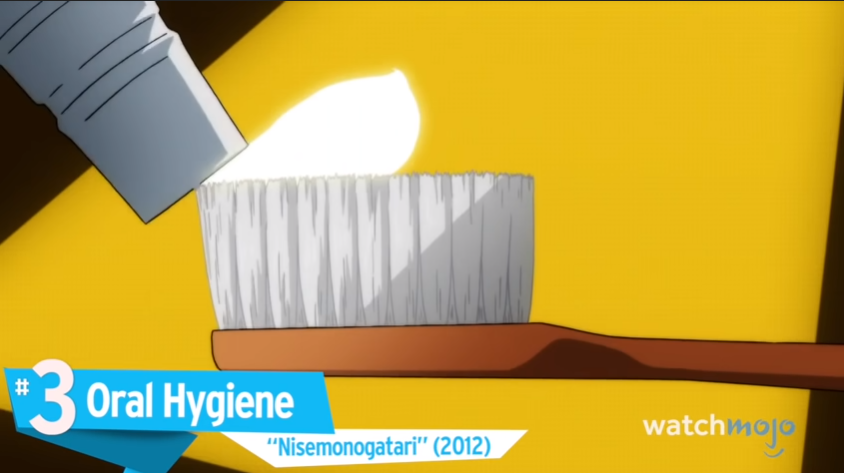 Araragi is no stranger to finding himself in promiscuous situations but toothbrush foreplay with his youngest sister was certainly out there. After they find themselves increasingly aroused over brushing Karen’s teeth, the two siblings decide to continue this display of sexual dentistry for five straight minutes.

Look we get that constantly getting torn apart by Supernatural chicks gives you some leeway on how you choose to do your business. But maybe getting this close to your sister isn’t the best idea. 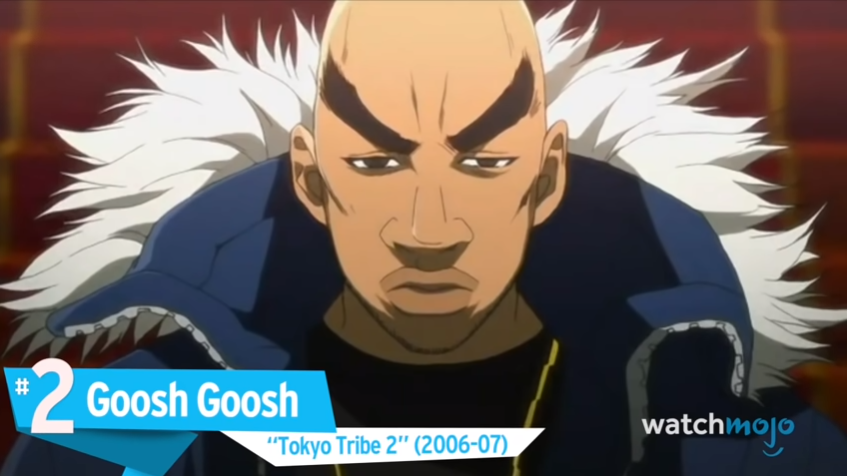 Quite possibly the most infamous moment in all of anime. This scene is the stuff of nightmares. So what’s so bad about it? Oh, you know, just a massive hulking mafia boss violating a young man to death to the point where blood is gushing out of him like a waterfall.

It’s so out and nowhere, so crass, and so hard to watch and just so unpleasant that you will wish you had never witnessed it in the first place. The only thing sadder is that it’s probably the most memorable moment to come out of such a substandard anime.

Number 1. NTR Incest on the Doorstep – Yosuga no Sora 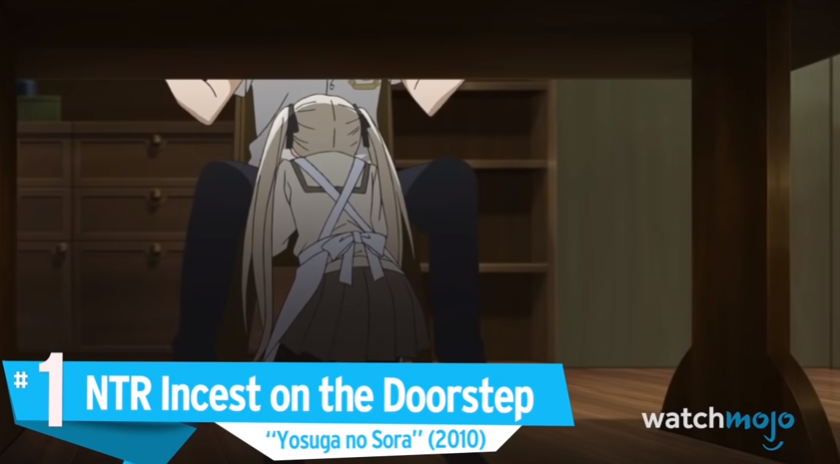 He just couldn’t settle on another harem series, could you anime? You just had to up the ante with frequent and intimate examples of our two sibling protagonists boning each other gratuitously.

Well, that’s kind of off-putting in of itself the real kicker here is just how bizarre this scene is. Feeling particularly randy, Haruka and Sora go to town on each other just behind the front door.

This leads to the rest of her ACCA’s conquests walking in on them and catching them in the act. Remember lads when shagging your sister lock the front door.