For this list, we’re going to be looking at scenes in anime that featured some truly atrocious fights. Whether it’s due to the nonsensical nature of the battles themselves, poor pacing or awful animation. Every terrible skirmish is welcome here as such prepare for some disappointing spoilers down the line.

Number 10. Everybody Walk the Dinosaur – Tekken the Motion Picture 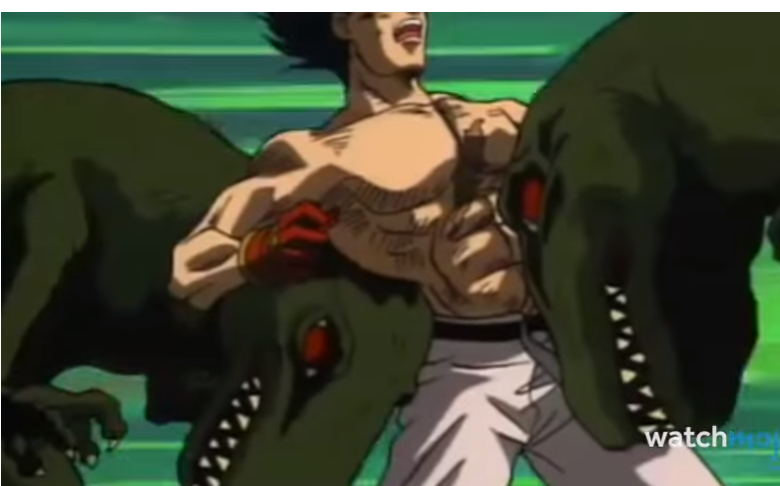 Granted this fighting game franchise has given us both a boxing Kangaroo and a Sentient tree. So our sense of disbelief was already sky-high.

Having said when you trade out iconic characters for giant invisible Dinosaurs then we have to stop and call bullshit. In order to prevent Kazi Aphek going on to win the Tekken tournament, his jealous stepbrother Lee decides to turn the whole place into Jurassic Park. Doesn’t do much good though since Kazuya just ends up punching through them all anyway. 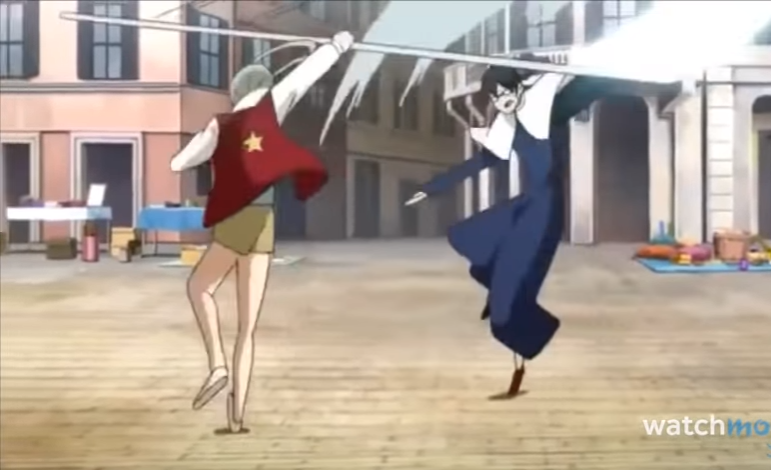 Remember when this show was a marvel of the supernatural action Genre? Sure we had an issue with its conclusion but at least it never had anything as poor as this.

Bad enough we had to deal with a spin-off that features lackluster replacements of characters we had grown to know and love but their scene drops the ball further by making a mockery of Maka’s prowess as a fighter.

In order to defeat the seemingly hypnotized eternal feather, Maka and Sol partner up once again and engage her in battle Via some really really poor animation. 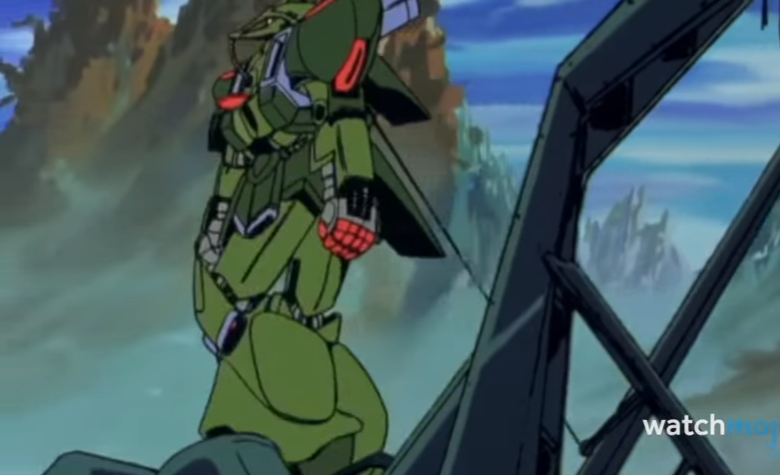 You’re so lucky you got your act together after this double Zeta. Because as far as first impressions go you were a far cry from the Bleak Majesty that was Zeta.
In an attempt to stop Mishima from using a Zaku for his own ill-gotten gains, Judo manages to chase him down and tries to tackle him out of his cockpit which results in an undignified scuffle.
Throw in a laughable first attempt at a mecha battle afterward and you pretty much have one of the sorriest excuses for a giant robot battle in the franchise’s history. 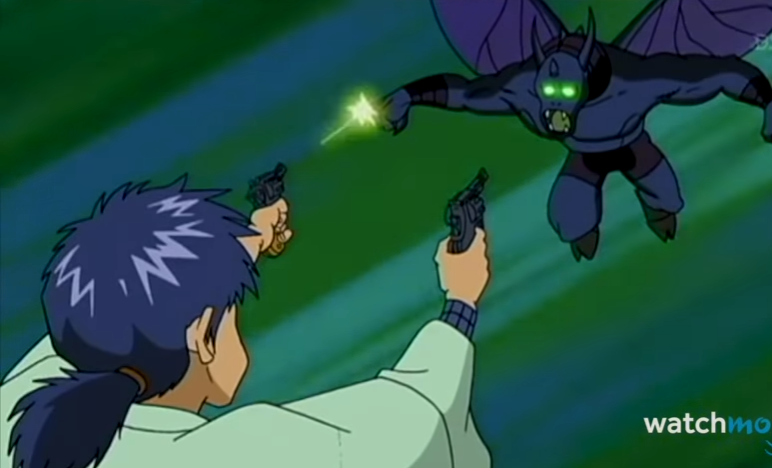 Everything about this anime is abysmal from its sound effects to the character designs. And of course, it’s fight scenes.

The worst defender by far is this little scuffle that can be found early on in the series. What are we looking at here? Did the entire team simultaneously have a stroke while animating this? 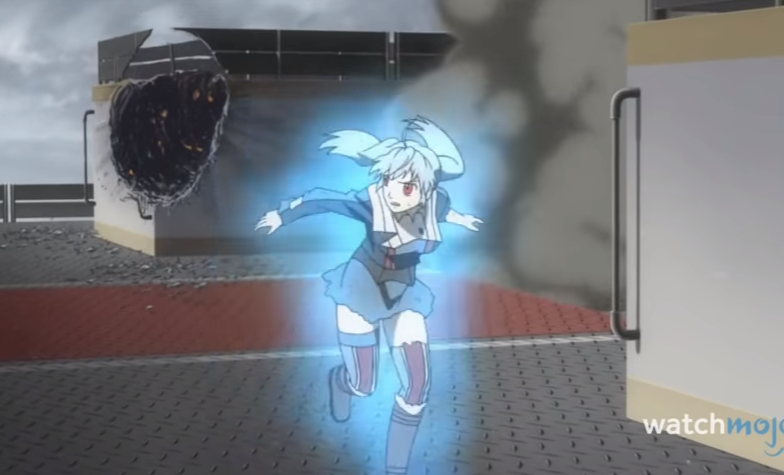 Well, this was never gonna match up to the cult classic of the tactical RPG. The anime adaptation could have at least done its duty and gone out with a bang via an awesome battle with the main antagonist.

Alas, all this final confrontation amounted to was Welkin and Alisha talking nonstop while Maximilian kept firing laser blasts at them missing every shot. And the fact that the rest of the squad isn’t here just leaves the whole thing feeling like a massive letdown. 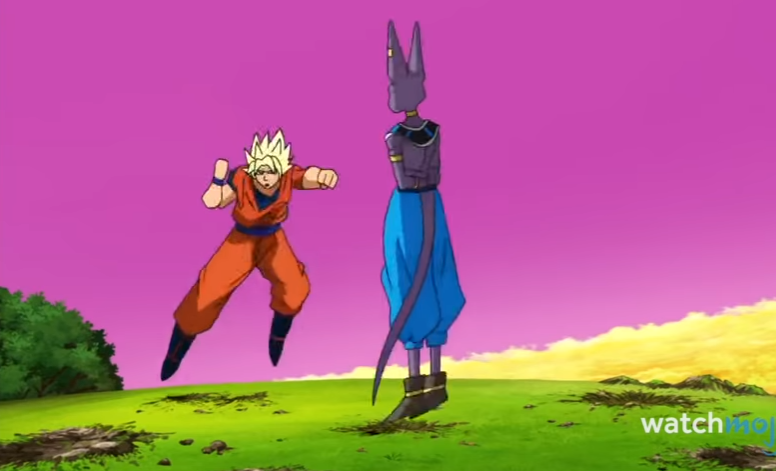 Come on, Toei, would it have really been that hard to just repurpose the footage from Battle of Gods? After agreeing to do battle on King Kai’s planet, Goku unleashes the power of Super Saiyan 3 only to find himself effortlessly beaten by Beerus’s divine strength.

Not that you could tell since the budget for this fight seemed to have shriveled up. No wonder so many fans were cautious about the series during its early stages. 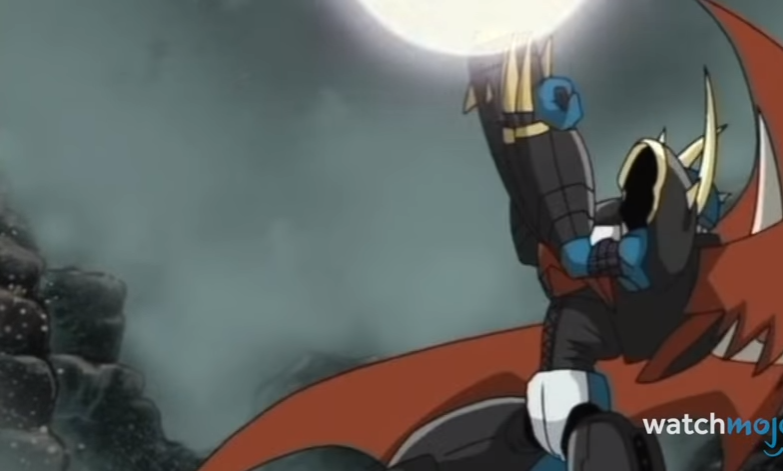 By far the greatest villain in the franchise Myotismon returned as the final threat facing the next-gen Digidestined. He may have come a bit late to the game but it was still a welcome sight.

However, his second defeat turned out to be nowhere near as epic. Oh sure, he may have managed to tempt them with their greatest desires but in the end, they pretty much managed to decimate him with ease. All that it takes is the power of friendship and a really big gun.

Number 3 – Can Love Bloom on A Battlefield – Robotech 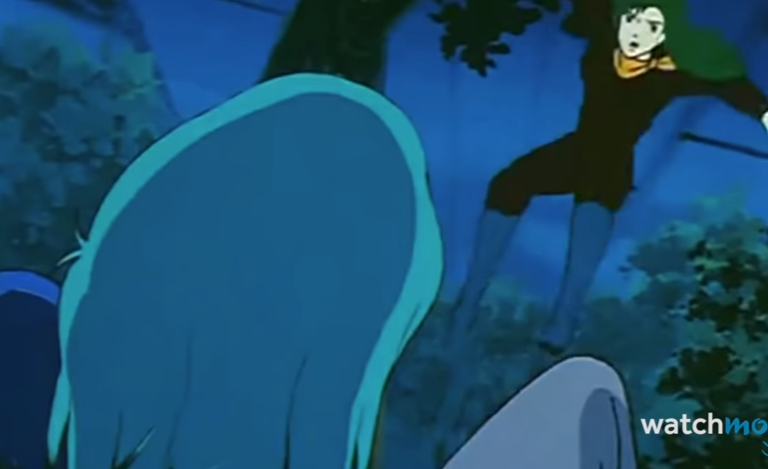 Bonus points if you watch this little exchange with the English dub since the voice acting gives it a whole new dimension of terrible. Manx and Miria find themselves in the middle of a lover’s quarrel of sorts only for her to suddenly bust out a knife and try to slice his head off.

After Max arms himself, the two engage in a standoff that can only be described as two poorly animated mannequins engaging in a Zorroesque duel complete with flying sparks.

Number 2 – Two Guys are Not Better Than One – Naruto: Shippuden 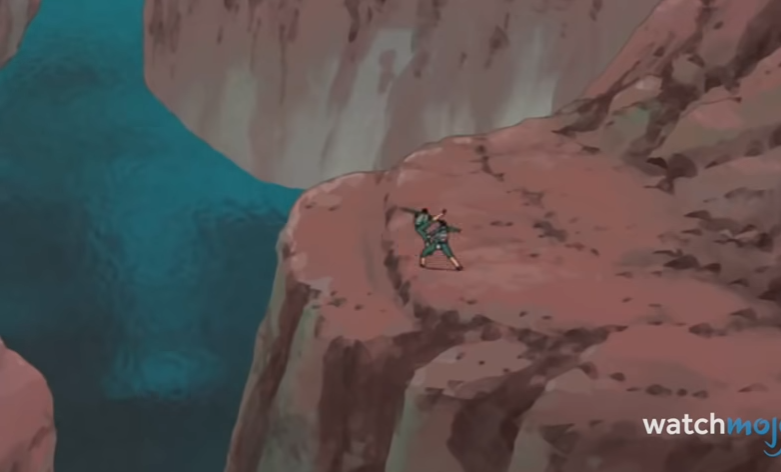 An anime-exclusive scene that should have never have seen the light of day in the first place. It’s fun enough that this fight is slow, jagged, underwhelming, and a pale imitation of what the series is known for.

But the biggest crime here is that it’s meant to be a fight between two Might Guys, the man who prides himself on Taijutsu and dying will and explosive displays of physical comedy.

It’s an insult to the character to the original source material and is just a painful experience to get through. 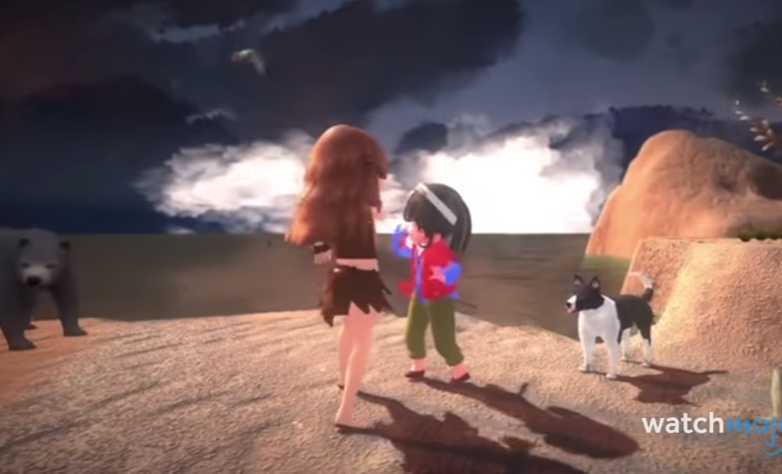 Dear Berserk 2016, we humbly apologize for taking the piss out of your crappy animation. We did not know what truly awful 3D CGI looked like and now we do.

Can we even call this a fight? It looks like scrapped character models from RWBY trying their best to make their game of pattycake appear epic.

Just because this is an anime aimed at kids doesn’t give you the excuse to make something this lazy and uninspired. It may have only been 40 seconds long but it’s 40 seconds of your life you’ll never get back.