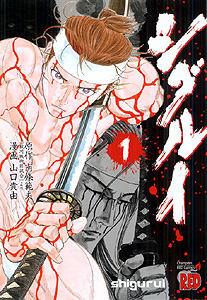 This is a Japanese manga series created by Takayuki Yamaguchi and it is based on the first chapter of Norio Nanjo’s novel Suruga-jo Gozen Jiai. It was aired from 19th July to 12th October 2007. It has 12 episodes each with a runtime of 256 minutes.

Plot summary: During the Edo Era when people enjoyed a peaceful time, Lord Tokugawa holds a fighting tournament. In the past fights they used wooden swords but this time real swords will be used. The blind Irako Seigen and one armed Fujiki Gennosuke will fight each other. Each of them is determined to prove himself the descendant of Iwamoto’s school and only one winner can be found. This begins a story of fates, conflict and odd destinies.

Plot summary: It is about a village named Kanna. Each year at the period of harvest a group of bandits would come and steal almost all the rice they harvested that season. The bandits were now becoming demanding and they took women and children. The villagers decided to choose a number of samurai to guard the place. After successfully defeating the bandits, the samurai held an attack to defeat a ruler who has recently risen to power as emperor. 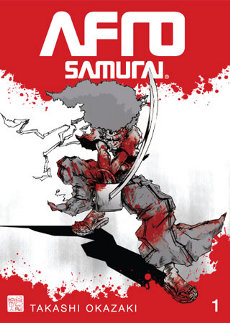 It is a Japanese manga series written and produced by Takashi Okazaki. It was aired from 4th January to1st February 2007. It has 5 episodes and the runtime is 27 minutes per episode.

Plot summary: After witnessing the death of his father in a fight against a villain, justice focuses his life on studying about swords and revenge. Along his path of revenge he sheds no tears and knows no love. He is determined to reach his target no matter what.

Blade of the Immortal

This is a Japanese manga series produced by Hiroaki Samura. It is also known as the inhabitant if infinity. It has 13 episodes each 30 minutes.

Plot summary: Manji is a ridiculous and violent samurai who has special abilities. He was cursed by the nun due to his ruthless deeds and has grown tired of his unchanging life. He roams japan shedding the blood of the wicked on his mission to finally die.

It is a manga series that was written and shown by Akimine Kamijyo. It was aired from July 2nd 2002 to December 23rd 2002. The duration of the series is 24 minutes per episode.

Plot summary: In the year 1600, during the fight of sekigahara, the warriors Demon Eyes and Kyoshiro Mibu engaged in a battle. When a meteor crashed in the battle ground, both of them disappeared. After four years kyoshiro is seen on a rural highway, acting as a travelling medicine salesman. A female bounty hunter Yuya Shiina captures him and discovers that deep inside him is the hidden personality of Demon Eyes.

Check them out when you get a chance! 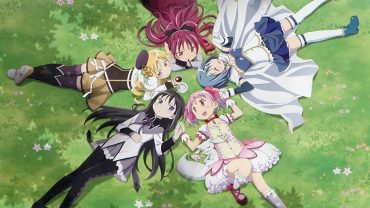