Vayne is a 6-star unit that plays the Support role. He has very good stats for his role and a setup of abilities that make him useful in a fight.

Vayne is an interesting Support because a lot of his skills are ones for dealing damage. And honestly, a Support who can dish out some damage is not a bad thing by any means and can actually be pretty helpful.

His Support capabilities at first glance seem a little lacking but they come in play mostly in his last 4 skills. Exceptional Tactics increases stats and acts as a heal while Venat’s Protection increases light resistance.

It’s his skills Magick Barrier and Force Barrier where some good support is. Both skills mitigating damage and allowing access to Vayne’s conditional skills.

Aside from those he has some Magic with spells like Bravery, Faith, Esuna, Dispelga. All good support spells alongside some damage ones adding to his damage capabilities.

Vayne is neutral to all elements and status ailments.

Vayne can equip 3 weapons and 6 armor.

A man of great ambition bent on rewriting the history of the distant world known as Ivalice. Vayne is the third son of Emperor Gramis and the mastermind behind Archadia’s military invasion of Nabradia and Dalmasca. Having disposed of his treacherous older brothers himself, he is now next in line to the imperial throne as well as the first pick for any dirty job required by House Solidor. The total opposite of his pacifist and kind younger brother Larsa, Vayne will use any means necessary to accomplish his goals. 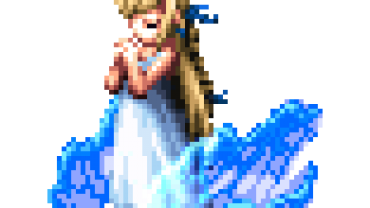