Veritas of the Dark is a 6-star unit and plays the dual role of Physical Damage and Support. This character is built very well for both roles and all around is a great character.

His active skills are set up well giving him an even balance of damaging skills and buffs/debuffs to throw around. Anywhere from decreasing the damage dealt to him and increasing status resistance to decreasing dark resistance and adding the element to his own attacks.

A lot of his usefulness stems from his Traits which there are a lot of. He has quite a few buffs that boost his HP and other important stats.

He has a Counter against physical attacks, status resistance, a turn based MP recover, and an equipment based stat boost. All around he’s built well for his skills and traits and for his magic he has two Gravity spells which are pretty good plus Impact which is good Dark damage and a major decrease to enemy stats as well.

Verdict: A good dual role character and highly usable much like the other Veritas

Veritas of the Dark can equip 6 weapons and 5 armor. 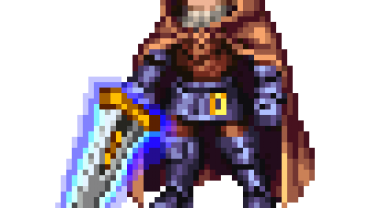