Zargabaath is a 6 star unit that falls into the Support role. He is hands down a crazy good Support unit with a lot of potential in him.

His skill lay out is incredibly good giving him coverage in several different areas. His ability to deal damage and set up protection and defenses for the team is really impressive.

His skill Hero Crest boosting all stats by 100% for one ally is extremely helpful and that’s just a start. Righteous Sword deals damage and cures all status ailments.

Judgement Blade deals damage and gives an MP drain effect. All his skills have great damage and abilities strapped to them making him incredibly helpful in almost all situations.

His Trait abilities are also great giving him boosts based on his equipment, healing his MP and HP, chance for evading all damage. He really is set up to be a complete monster when it comes to playing Support.

And his Trust Master is crazy good giving 15% resist of Fire, Ice, Lightning, Water, Wind, Earth, and Light. Having all that on top of his already 50% resistance to light is really good.

His only real downfall is is -50% resistance to Dark Element. But that can be easily over looked and played against because of how great his defenses and resistances can get.

Verdict: An amazing Support a definite must use

Zargabaath has a 50% resistance to Light and a -50% resist to Darkness. He is neutral to all other elements and status ailments.

Zargabaath can equip 5 weapons and 4 armor.

A judge master appearing in the faraway world of Ivalice. A silent man who selflessly serves that Archadian Empire, though capable of committing inhuman acts in the name of his country, he is actually a kind and compassionate person. Though expected to support those in line to become emperor such as Gramis, Vayne, and Larsa, he is dedicated to serving only the one true emperor. 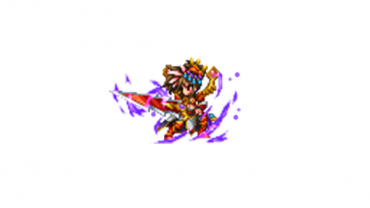