Zell is a 6-star unit that plays the Physical Attacker role. For a 6-star attacker, he’s pretty good in his stats and his skills give him a lot of conditional effects which make him a little unique.

Right out of the gate, Zell only has four active skills. But two of these skills grant him access to conditional skills which he has a lot of.

His main function of attacking his through his conditional skills so in order to get the most out of him you’re gonna have to start with Booya or Punch Rush.

The actual damage he does, however, is pretty good. His output can get high if he gets a string of attacks going and he has Traits that boost his stats in all the right places.

Plus, his Trust Master gives him a +128 ATK boost. So his capabilities as an attacker are great and what you want in a unit like this.

Even in his Limit Break, he deals high physical damage which just adding an extra damage factor to him. His only downfall is his massive lack of weapons and armor only having one weapon to choose from.

Zell is neutral to all elements and status ailments.

Zell can equip 6 weapons and 7 armor.

A young man from another world where sorceresses pass their power down through the ages. Zell is a notorious troublemaker who has caused so many problems that everyone in his hometown of Balamb knows his name. As a SeeD cadet, he is completely devoted to his training, and it eventually pays off when he miraculously passes his field exam. He is then dispatched to aid the resistance group known as the Forest Owls along with his classmate’s Squall and Selphie. 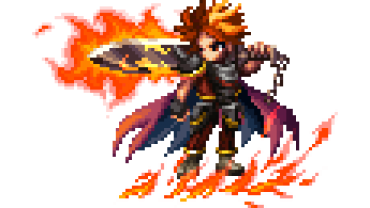