Be sure to watch the video above as this guide is based on its information. Rules of Survival is one of the hottest out there in the market today.

Rules of Survival is a battle royale style game where up to 120 players are dropped into a map together to battle it out until the last man is standing while also battling a race against the clock as the map slowly gets smaller around them. Its play style is interesting compared to other mobile games and it’s definitely a learn from experience kind of game.

So this guide is designed to help you get better at the game and learn a few things to further your experience with it. So without further ado let’s get into it. 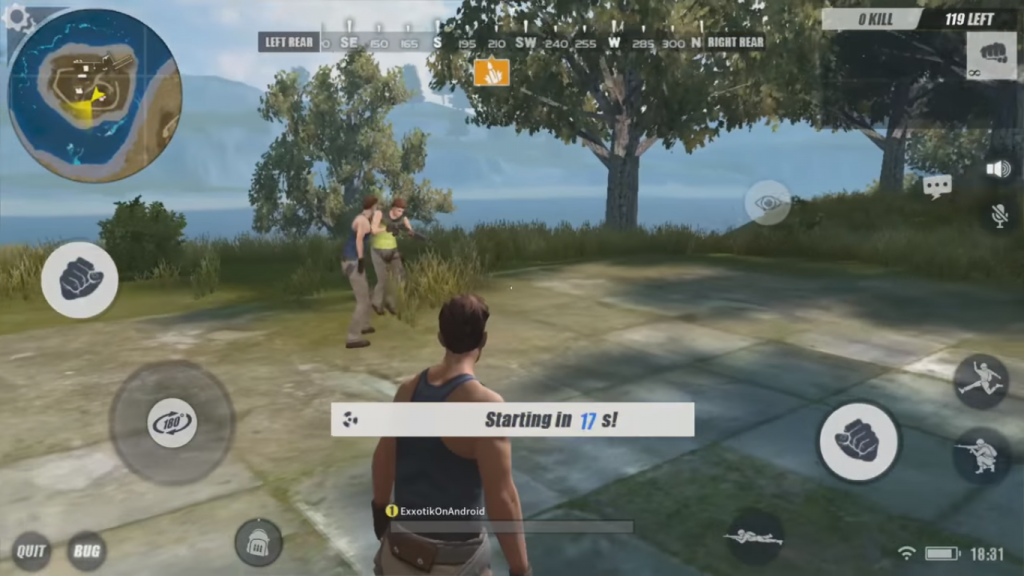 In the beginning of the game, there are a lot of things that you should do and know to make it easier on you. The first is the time wait before the match actually starts.

Before each match, there is a countdown in which time you can run around and test out all the buttons and get a good feel of the controls before the match actually starts.

It’s a good idea to really utilize this time because when you’re first starting out you may not get a chance to get used to the controls in the match. Chances are you will die very early on in your first few matches, and that’s okay it happens to everyone.

After the countdown is up you’re put on the plane where you’ll be flown over the map and have to jump out somewhere. There are a few good places to go but really the best place is anywhere with a good number of buildings around.

You wanna jump out and fall as fast as you can to the area to try to be the first one on the ground. Once you land you need to focus on one single building.

So aim for that building, land by it, then get inside and loot the bare minimum of what’s in there. So basically grab the weapon, any gear, and health if there’s any in the immediate area.

If you’re quick you can head outside and probably start taking people down as their landing. Shotguns work incredibly well in the early game cause of how close range it is so if you can find one it’ll be very helpful.

Once you’ve played a few matches the beginning will become far easier and you’ll have it down to a science. Land, get your gear, take out anyone nearby.

Then once you’ve passed that first wave of enemies you’ll be able to explore the area and gear up without the fear of someone coming up on you. Once you’re geared up and ready to move you’ll be heading into the mid-game.

The Mid-Game begins when there are about 60 plays left in the match. At this point, almost every player is going to have good gear and weapons.

So you’ll want to treat every person you come across as if they have a sniper rifle because they just might. You can ditch the shotgun at this point and try to get yourself a sniper and a rifle if you can find them.

If you can’t find a sniper specifically that’s okay, you can put 4x and 8x scopes on rifles and set them to single shot for accurate kills as well. You’ll also want to head the center of the map point as it gets smaller because that’s where the end-game is going to take place mostly.

As you go across the map you want to avoid open spaces if at all possible. Hug trees when you walk through wide open fields and always try to be near some kind of cover. 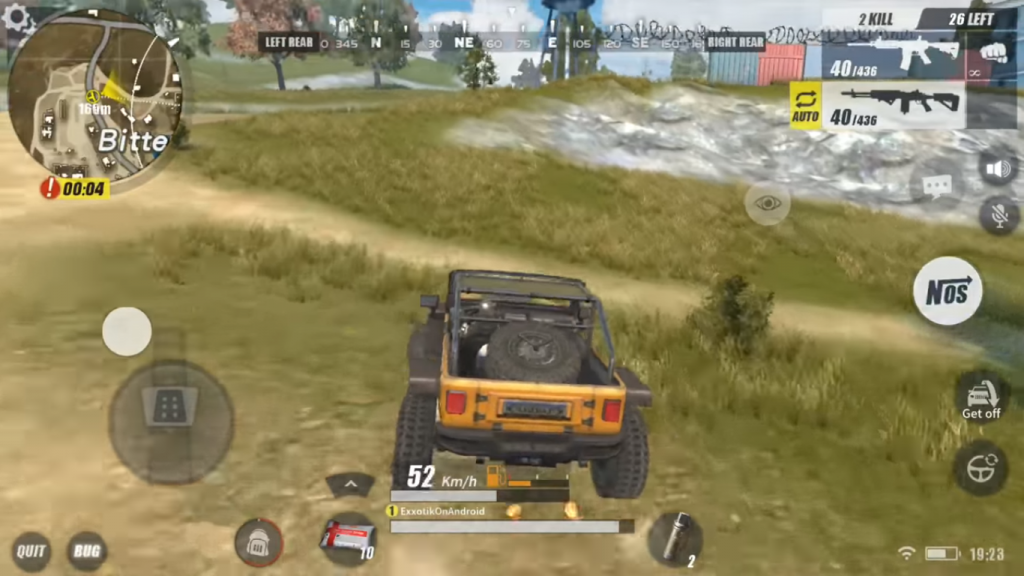 It’s also smart to find yourself a car or geep to use. It’ll give you a speed advantage over other players and make it harder for you to be hit by snipers.

This will keep you from being sniped by anyone nearby. And if you do happen to be hit just find cover as fast as possible.

Whether it’s a tree or building just put something physical between you and the shooter. It’s all about survival in the Mid-Game and making it to your desired point.

So get as much good gear as you can and simply survive your way to the End-Game. This is where things get a little more heated.

Once there are about 15 players left in the game you’re officially at End-Game. The biggest tip you need to know here is once you’re inside of the map circle you need to stay by the boundary wall.

Just hug it and keep close as it continues to shrink in. The last place you want to be is in the center of the circle as it gets really small.

If you are then you’ll be spotted from all angles and probably get shot in the back. So it’s best to stay close to the wall and hold that position until it starts moving again.

Because of how small the area is going to be all the players are going to be pushed closer together and you will have to fight. So at this point assume every other player has better gear and weapons than you.

The best thing to do is find some kind of cover whether it’s elevated land like a hill or being inside of a building. You should never be out in the open unless you have to move back into the boundaries of the circle. 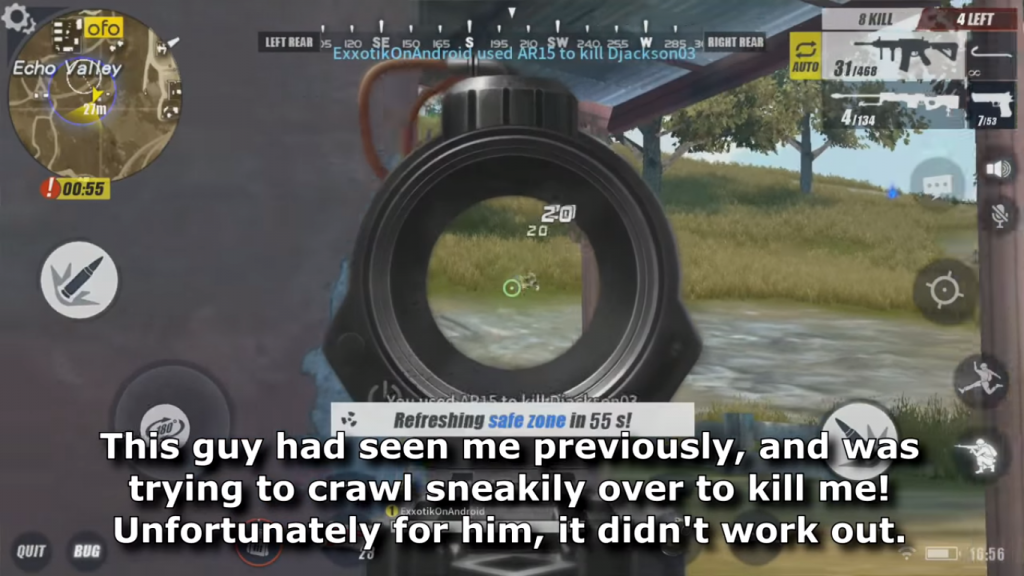 When you get down to the top 3 or 4 players, locate where they are and target each one by one. Find who will be the biggest threat first, take him/her out, then move to the next player.

Be warned. When you shoot that is when people will know where you are. If you get down to the last 2 or 3 players and still can’t find them you may want to lay down at the edge of the zone then wait patiently until they move.

Your enemies may also be patient and wait as well so you may want to move out into the open just to bait them and hopefully be able to get the kill. If you come down to being one of the last two players then take the advantage and go after the other player with full force and take them out. 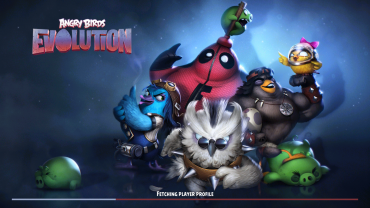