Welcome everyone, to the Legends of Solgard Tips and Tricks guide. This guide is designed to help you understand the mechanics of the game and further yourself in the game overall. 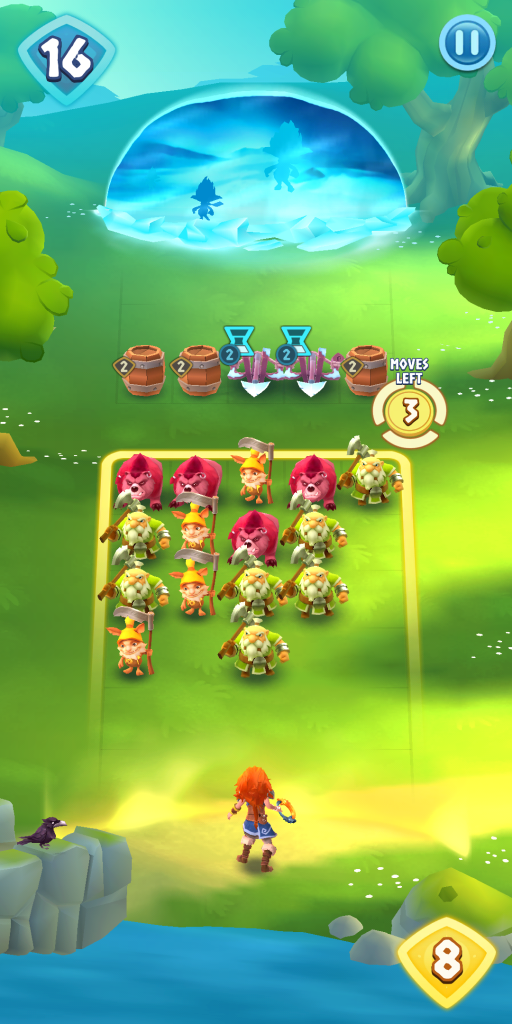 Legends of Solgard is an RPG tactics game with a slight puzzle element to it. You’re given a pool of units that go into play on your field and you have to combine them in a row of three units.

When combined the unit gets a high numerical value and when you turn is over your units will attack. Depending on what their value is they will go through units on your opponent’s field until they reach their base.

The value is all about a number of hits and not really a damage or health counter. If your unit has a 2 and your opponents have a 1, then your unit is going to beat their unit and move onto the base dealing 1 damage to it.

But if your unit is a 2 and their unit is a 2 then they’re going to cancel each other out because it’s an equal amount of attacks. So think of the numbers as how many time they attack.

There are several different unit types and each has their own abilities that make them different. Some get insanely strong as you keep stacking units on them. 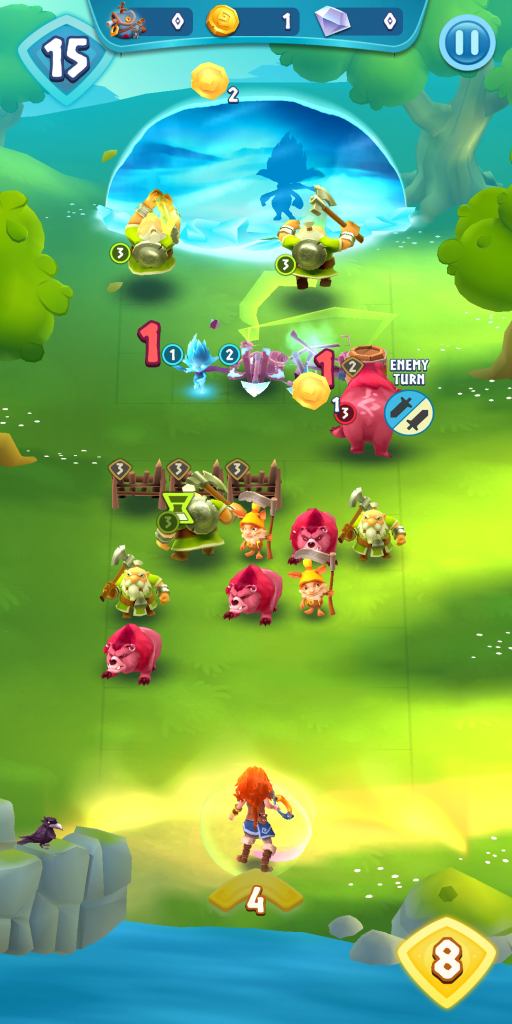 Some will actually hold an attack and not move until a certain number of turns have passed. So when you get a new unit make sure to really look through and see what you got.

Team comp can be important in this game. So having a group of units that compliment each other really works out in the long run.

The game mostly takes place on a map screen that looks kind of like a board game. You have your character and you go space to space moving across it.

Every space is either a fight or a chest you can open. And as you progress the more you’ll grow in level, the harder the fights will get, etc. 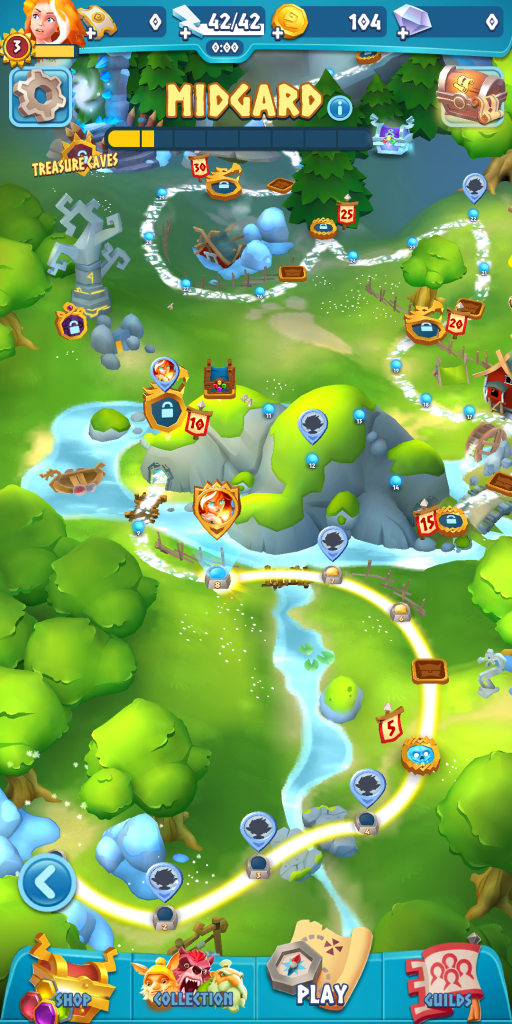 It’s very simple progression and it’s fun playing off of the Norse Mythology themes. You begin in Midgard and go through other realms of the mythology.

Places like Nifilheim and Helheim. And a lot of the units you get in the game are based on Norse mythology as well putting those images into the games art style.

Outside of the basic battles on the map path, there are unlockable areas you can go to on the side. Dungeons, Treasure Cave, and Bounties and you’ll unlock these as you get further on the map.

Another important part of the game is unit management. To get units you can buy them in the shop with the in-game currency, which is Diamonds.

You buy chests which may have a chance for really good units in them. So once you collect a fair amount of them you’re gonna start entering the point where team comp and management is important. 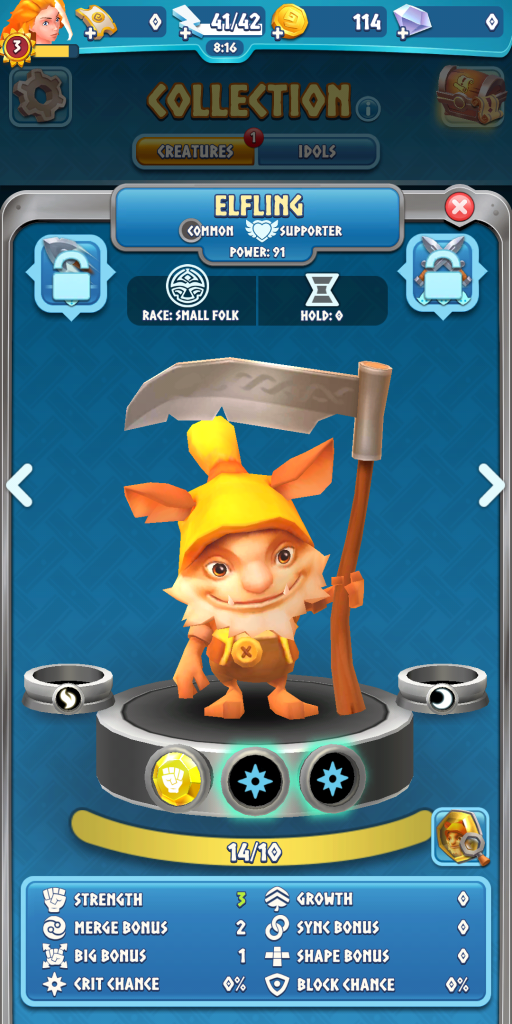 All units get stronger by fighting in battles. They all have a meter under their character that gradually goes up and when its full you can upgrade them through one of the slots on their character.

Upgrading your units is important because it makes them far more effective in battle. Especially when you reach the later stages you’ll want a handful of high powered units at your disposal. 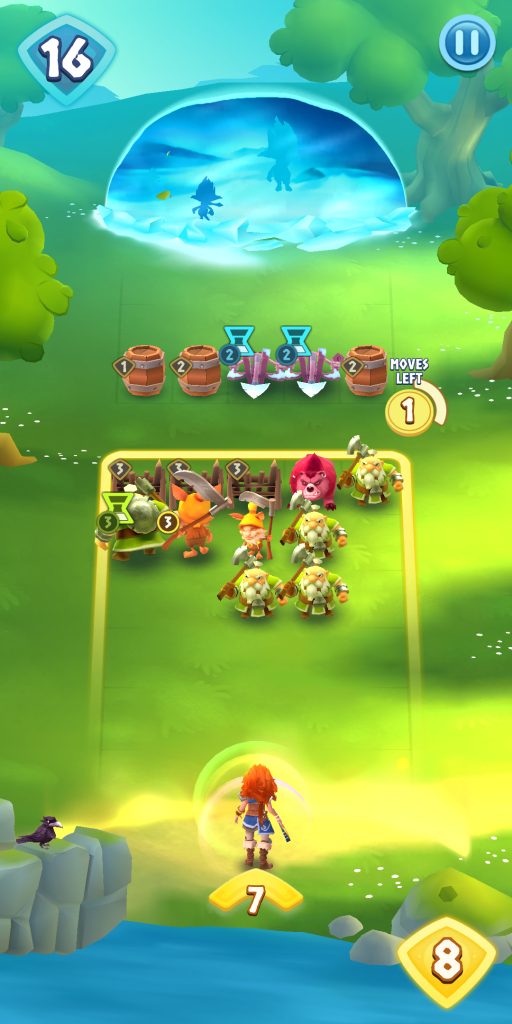 Legends of Solgard is very tactical in the way it does its unit placement and moves. In the early stages and tutorial, you’ll get a good idea of how everything works.

But as you get further in the game you’ll start experiencing battles where understanding tactics really come in handy. One of the best to learn is utilizing barriers.

You’ll learn this in the tutorial and it will be very helpful as the game goes on. By creating a line of 3 units side by side you will make a barrier.

Barriers move up to the front of the field and block incoming attacks. They’re the first line of defense while you use your next few moves to build up your units in stacks.

Paying attention to your move counter is an important tactic as well. Because moving each unit costs a turn so you really need to make sure you know what units need to be focused on so you’re not wasting turns.

Building barriers, watching the move counter and having a good team composition are the three most important tips I can give to early players. They are very simple mechanics in the game but learning to build tactics around them really changes how you can play it. 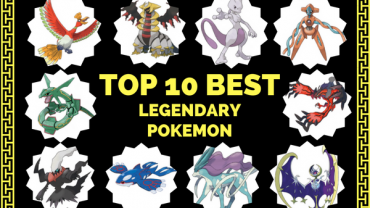